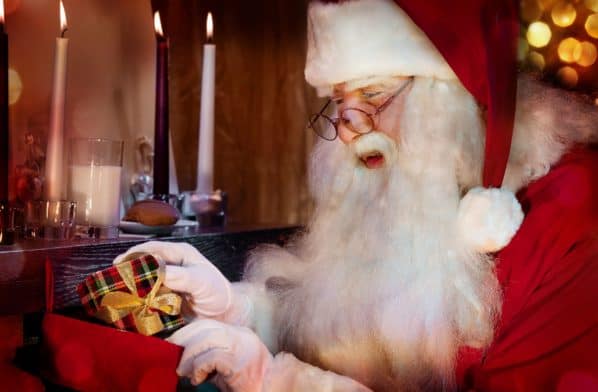 As we kick off the holiday season, investors are sure to wonder whether we will enjoy that seasonal, end-of-year rally that makes the holidays that much more enjoyable. Some argue that this year we are just as likely to receive coal in our stockings as capital gains.

And if you need proof that Santa Claus rallies are not guaranteed, all one needs to do is look back to last year. All three major indexes marked the worst performance in December since the 2008 Financial Crisis. The three averages (Dow, S&P and NASDAQ) dropped at least 8.7% for the month with both the Dow and the S&P 500 Index recording their worst performance since 1931. At its low on Christmas Eve, the S&P 500 was down 20%. What happened to cause such a sharp decline?

There was plenty of blame going around, but the combination of the Fed’s tightening of monetary policy (raising interest rates several months in a row) and President Donald Trump’s failure to come to a trade deal with the Chinese were considered the main culprits. Could this happen again?

As far as the Federal Reserve Bank’s policy, Chairman Jerome Powell has taken great pains to assure markets that he does not anticipate any further tightening (or loosening) of monetary policy anytime soon. However, as for Trump and his trade war, it appears that we are in a similar position to what we were in last year.

There is still no trade agreement. Even the sad, sad, “also ran” Phase One agreement that the “Chosen One” crowed about more than a month ago is still in limbo. And yet the markets are still jumping every time he tweets about a deal. Here is one such tweet:

“Just had a long and very good call with President Xi of China. Deal is moving along very well. If made, it will be very comprehensive, covering all subjects, areas and points of dispute. Big progress being made!”

Sound familiar? It should. This was President Trump’s tweet on December 29th, 2018. It had a predictable impact as markets rallied in hope and excitement. One wonders how many times investors will fall for this trick before the bottom falls out of the markets. The answer may await us as early as December 15th.

That’s the date when the next round of tariffs is scheduled to be imposed on Chinese imports. Right now, the markets are betting that Trump will, at the very least, postpone them. Investors are also assuming a trade deal of some sort will get done by the end of the year. If neither occurs, I am not sure Santa will even fly over Wall Street, let alone stop, stand, and deliver.

However, while we wait for the next shoe to drop, (if it does), the economic numbers released on Wednesday morning were not half bad. Third quarter Gross Domestic Product (GDP) grew by 2.1%, versus expectations of 1.9%. U.S. jobless claims totaled 213,000, which was down from the 221,000 claims forecasted, and U.S. durable goods orders rebounded by 0.6%.

This data should cheer the markets. It also goes a long way in alleviating some economists’ worries that a recession is looming in 2020. As for me, aside from some profit-taking on the way up, the stock market appears in good shape. My prognosis for the remainder of the year (barring any interference from the orange-haired Grinch) is for further gains and a cheery holiday season. Let’s keep our fingers crossed.