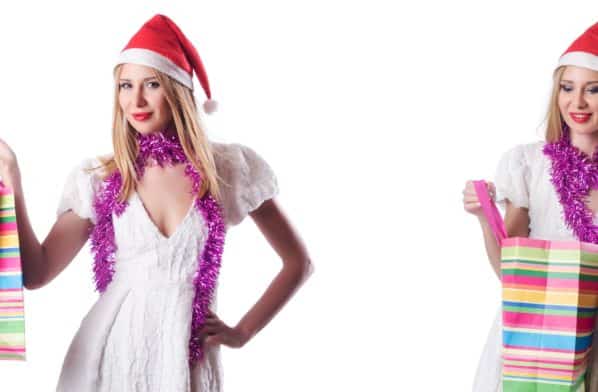 Ready, get set, go! That’s what the nation’s retailers are hoping you will do, preferably before your Thanksgiving dinner has barely been digested. Black Friday has become Black Week, while holiday shopping now officially includes the entire months of November and December.

In 2019, retail sales nationwide are expected to increase by 3.8%-4.2% from last year, according to the National Retail Federation (NRF). That would amount to a total of between $727 to $730 billion being rung up in the nation’s cash registers. That’s not a bad haul when you realize the average holiday sales increase over the last five years was 3.7%.

Those numbers are even more encouraging when you realize that this year, there are six less shopping days until Christmas and Hanukkah. Driving theses sales is a healthy consumer, which is important, since consumer spending is still the primary engine of America’s economy.

Consumers are in good shape financially, thanks to low unemployment, higher wages, and a record high stock market. It is a heady brew that gives shoppers an extra jolt of good cheer and could translate into more generous gifts for friends and loved ones.

The NRF predicts that the average Americans plans to spend $1,047.83 this year, which is up 4% from last year’s $1,007.24. Breaking those numbers down into three groups; the average Joe/Jane will spend $658.56 on gifts for family, friends and coworkers. Holiday purchases such as food, greeting cards and decorations will total $227.26 more and other non-gift purchases for themselves and their families will add an additional $162.02 to the total.

While gift splurging is up, the costs of Thanksgiving dinner will drop for the third year in a row. You can thank Thomas the Turkey for that. The cost of a 16-pound turkey is down 3% to $21.71, on average, nationwide. It is estimated by the American Farm Bureau Federation that the whole meal could average less than $5 per guest, if you stick to the basics like stuffing, sweet potatoes, rolls, peas, pumpkin pie, etc.

Thanksgiving Day will still register as the worst driving day of the year, but for the second year in a row, my wife and I have smartened up. We are taking the train roundtrip to New York City and spending just enough time with our loved ones to stuff our faces and maybe lose another chess game to my seven-year-old grandson.

We don’t know yet what impact President Trump’s tariffs will have on spending and prices, and we probably won’t know until December 15th. That is the date when the next round of tariffs on Chinese imports is slated to take effect. Apparel, footwear, electronics and more will be subject to these new duties and it could dampen consumer enthusiasm just as holiday shopping swings into full gear.

So far, the message I keep getting is to “shop early.” I’m not sure if this is just another gimmick to get me out and about spending money, or if retailers are warning me that if I procrastinate, the special gift I’m looking for will be either sold out or cost a heck of a lot more because of the tariffs.. Either way, one thing is clear, Black Friday has now morphed into “Black Week” and it is in full swing right now.

In any case, no shopping for me on this Turkey Day. As you read this, I will be ensconced among family members and friends, passing the gravy boat, and wishing all of you, my readers, a Happy and Thankful Thanksgiving.