As of Friday morning, the S&P 500 Index has erased all the losses of 2018. That is despite threats of conflict with both Syria and Russia, a potential tariff trade war and concerns over America’s exploding tax-cut-fueled national debt. 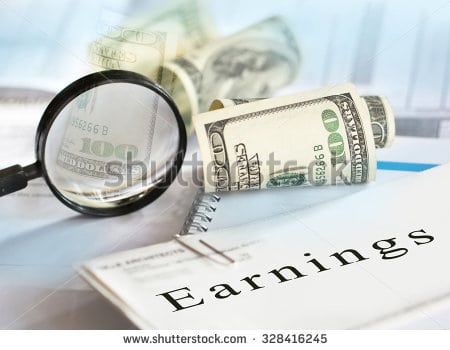 It is called a “wall of worry,” something that markets will frequently climb, despite any number of dreadful events. This time, however, we are at a critical juncture, at least from a technical point of view. Traders know that the indexes have been in a trading range for the last two weeks or more. The top of the range on the S&P 500 Index is 2,676. That is exactly where we are trading as I write this column.

Investors are hoping that second quarter earnings would provide the impetus to help us over this level and fuel future gains in the weeks ahead. The season kicks off today when three major banks all reported results prior to the market open. All three beat analysts’ expectations, but that’s no surprise. By now readers should be familiar with the game.

Research analysts set their forecasts for earnings low enough that most companies easily “beat” these expectations. Far more important to the market is what the management sees in the months ahead. How bullish are they for the economy, for their own company’s earnings and their sector overall?

Then there is the game of “sell on the news.” For example, bank stock prices have seen a move up over recent days as traders, expecting good news, buy the stocks before the announcement, wait for the prices to spike higher (as they did this morning) while “selling their holdings on the news.” That is exactly what happened to those bank stocks today.

Bulls believe that most companies are going to blow the socks off earnings given the tailwinds of the tax cut and the stronger economy. That will most likely be true, but will it be enough to battle the headwinds of the president’s actions and tweets, geo-political strife and increasing worries of how the country is going to be able to pay for the deficit? I think not.

The Congressional Budget Office expects the deficit will equal $804 billion this year or 4.2% of the nation’s gross national product. Over the next four years, the federal deficit is expected to exceed $1 trillion or 5.1% of GDP. These are historically high levels and are a result of both the tax cut and the bipartisan budget agreement passed by Congress earlier this year.

Investors fear that this amount of debt will drive up interest rates even further than the moderate increase that is already underway thanks to the central banks quantitative tightening. Normally, the higher interest rates climb, the more downward pressure is exerted on stocks.

As for the president, well, what can one say? His tweet earlier in the week to both Syria and Russia to “get ready” for a missile attack sent the markets once again in a tailspin. So much for Teddy Roosevelt’s admonition to “speak softly and carry a big stick.”

Since then, Trump has backtracked (as usual) on his rash statement. He quickly discovered that the military were not on the same page and needed much more time to respond to what is a very complicated situation within that region.

On a far more serious note, as anyone who has been in harm’s way will tell you, the last thing you ever do is warn your opposition that an attack is coming. It needlessly puts the lives of your military and your mission in jeopardy. And no, I can’t dismiss this as just ‘Trump being Trump,’ especially if a son, daughter or loved one is on the front line.

I suspect we are not out of the woods just yet. We will continue to flounce around a bit longer in this trading range, until one of two things occur. Either corporate earnings’ guidance is so overwhelmingly positive that it swamps all the other bad news, or, one of the many negatives comes home to roost. It is a time for patience not action.

Is the U.S. economy currently in a recession? The National Bureau of Economic Research isn’t officially calling this a recession, but after two consecutive quarters of declining GDP, Berkshire Money Management Founder and CEO Allen Harris is convinced...
Are financial questions keeping you up at night? Financial Advisors Holly Simeone, CES™ and Lauren Russo, CEPA, FPQP™, CVB, together with Paraplanner Angela Elzner, FPQP™, invite you to invest in your financial health by joining them during Open...
President Biden and the U.S. Department of Education announced a plan on Wednesday, August 24, to provide further assistance to federal student loan borrowers. If you have private loans only, unfortunately this won’t apply to you. But...