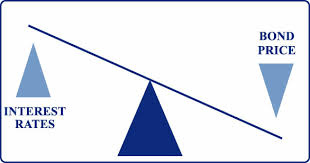 After two years of warning bond investors that their days are numbered, the recent hike in global interest rates is making some of those smug bond babies stay up at night. They should.

We are entering our ninth year without a Federal Reserve-inspired hike in interest rates. It has been over 25 years since bond prices have dropped by any appreciable amount. Given that time period, it is no wonder that bond bulls are taking all these warnings with a grain of salt.

U.S. investors have been expecting the Fed to raise rates at any time. Most pundits think that a small September or November hike in short-term rates is in the cards. The problem is that the Fed has told all of us that a raise in rates is “data dependent.”

Given that guideline, every trader on Wall Street is pouring over a range of numbers both here and abroad to try and determine the Fed’s next move. Recently, the economic data both here and in Europe has been encouraging. Some say too encouraging. Consumer prices in Europe, for example, have led some to worry that if price levels continue to increase, inflation could be a problem for the EU. Readers may recall that it was only in April that German sovereign debt was yielding 0.05%. Today, it is topping 1.00% and moving higher.

In other countries, from Japan to the U.K., rates are higher than they have been for many months. But despite the run up in rates, bond interest rates are still abnormally low by historical standards. Take our ten-year U.S. Treasury note, a benchmark rate that investors watch in the U.S.

In the last month, the ten-year’s rate has increased from below 2% to almost 2.5%. Yet, at the start of 2014 that Treasury yield was 3%. And just before the financial crisis of 2008, yields on that bond were trading north of 5%. There is a lot of room to rise.

The fortunes for stock and bond markets around the world still hinge on what central banks are doing. Twenty-six of Thirty-five global central banks are pouring billions, if not trillions, into their financial markets in an effort to jumpstart their economies. It was our own U.S. Federal Reserve that launched the world on this monetary path when we announced the first quantitative easing back in 2009.

Given the success that we have had in growing our economy, central banks have simply taken a page from our playbook with what appears to be similar results, although it is still too early to proclaim a success. These various quantitative easing moves around the world are why this year I’ve become more bullish on foreign markets than our own.

As for you bond holders in the U.S. Treasury markets, I would begin to sell down your positions now. Many investors have simply countered that they are in these bonds for the long haul. They say they don’t care if bond prices crater over the next few years. They will simply buy some more. I say that strategy could land you in the poor house just at the time when you are going to need that money to live on in retirement. Don’t get caught with your pants down.

Bill Schmick is registered as an investment advisor representative with Berkshire Money Management. Bill’s forecasts and opinions are purely his own. None of the information presented here should be construed as an endorsement of BMM or a solicitation to become a client of BMM. Direct inquires to Bill at 1-888-232-6072 (toll free) or e-mail him at email hidden; JavaScript is required