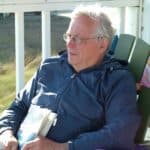 You would think those born between 1946 and 1965 would have a lot to be thankful for. After all, the first wave of those Baby Boomers is finally eligible to retire in 2011. The recession appears to be over and jobs are beginning to make a comeback, even the stock market is performing well–so what’s the problem?

The Pew Research Center’s recent survey on Baby Boomers indicates that fully 80% are “dissatisfied with the way things are going in the country today“. Quite a bit of that unhappiness can be traced to personal finances and negative economic views. That makes sense since Boomers were hit harder than most segments of the population by the double whammy of declining stock prices and housing prices. For those laid off over 50 years of age, it has been harder to obtain a new job. And even those who are employed argue that real income has stagnated over the last decade. As a result, the majority say their household finances have worsened and a higher portion of Boomers than other ages have had to cut spending this year.

The current estimate of Baby Boomers in America is 79 million, about 26% of the total U.S. population. Although they still consider retirement age at 65, the typical boomer believes that old age doesn’t begin until age 72, according to the survey.

Times have changed since the Boomers came of age in the Sixties and Seventies. Back then, America was the land of honey and horizons seemed to stretch forever. Now, most Boomers point to the huge national debt, the deficit, a lack of political leadership and lament that America is past its prime. They and their country are in decline, or so the story goes.

“My parents worked hard, saved, retired and enjoyed their golden years,” said one disgruntled Boomer, (who gave me the idea for this column).

Actually, there are a number of reasons why this time around it is different and most of the fault lies with us Boomers. Back in the day, our parents were part of a pension plan that included monthly retirement savings on the company’s tab. My Dad was a machinist at SKF (a ball bearing manufacturer) for thirty years and worked another full time job at night. The pension contributions increased as his salary rose and as the number of years worked at the company increased. His pension was conservatively managed by trained professionals. It was also fairly easy to calculate the money he would be receiving on the first day of retirement and my parents planned for that.

Their mortgage was fixed and ended right around the time of retirement. Your parents also knew how and what their medical plan would be in retirement as well as social security benefits. Most costs were controlled, or at least somewhat contained while families lived frugally and spurned debt. Some did so successfully and enjoyed those golden years, others (like my dad who died of a massive heart attack a few years after retiring) didn’t do so well, but at least the results were fairly predictable.

We did away with pensions and took control of our own retirement in the form of deferred retirement plans like 401(k)s and IRAs. The problem was that contributing to those plans was voluntary (unlike pension plans). And somehow there was always something more important to spend our money on. Besides it was much more fun to “flip houses and make a killing” than make those monthly contributions toward retirement.

Even those who did save only kinda sorta did it. Self-directed, deferred retirement plans should have done exceptionally well in the period from 1982 to 2000. It was the greatest bull market in recorded history, but few actually put enough money in these plans to make a difference. By 2001, when some of us actually began saving more, we watched those savings first disappear during the Dot Com bust and then again more recently in 2008-2009. As a result, retirement plans actually went nowhere in the last decade.

As if that wasn’t a low enough blow those of us who counted on our houses to bail us out—the “I can always sell my house” crowd–witnessed that store of wealth decline 30% in the last two years. Houses are not moving, or if they are, sellers are forced to take a cut depending upon the size and location of your home. For someone forced to sell, faced with the prospect of living on social security with insufficient retirement savings, there is definitely something askew with the American Dream. It is no wonder that Boomers are grumbling. Many feel their country’s economic prowess has peaked and the promise of prosperity for all has been broken. Living the dream for many has turned into living a nightmare.

Maybe it was that old long-haired Hippie in us that whispered we would live forever so why worry about retirement, or if we really had to, we could get by living in our old VW bus. It is only now that those romanticized notions are disappearing in the face of reality. But it is not too late. Maybe you can’t retire at 65 but that may turn out to be a good thing. You can always start saving, and if I am right about the stock market this year, even first time investors could make a substantial return on their money. This country still holds promise for those willing to grasp it. No one is ever too old for that.