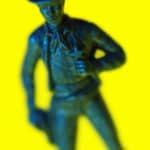 In the aftermath of the financial crisis, Americans demanded a change in the regulatory system. Since the financial sector was responsible for engineering the near collapse of the global banking system, it is Wall Street that has borne the brunt of the government’s expanding role in the markets.

As in everything, increasing government regulation is meaningless without the power to enforce it. The Dodd-Frank Wall Street Reform and Consumer Protection Act was signed into law by President Obama in July, 2010. Hailed as the most comprehensive and far-reaching reform since the 1930s, the 848 page-long bill has far-reaching power over so many areas of American life that it requires five federal agencies just to enact portions of the rules and regulations.

Essentially the bill was supposed to re-write how Wall Street did business. Everything from predatory lending in the mortgage markets to putting an end to hidden fees and penalties on credit cards was included New rules would end speculation in the derivatives markets and there would be no more danger of “too big to fail” institutions such as AIG dragging the rest of the financial system down with it.

A plethora of new government powers and agencies would not only have authority over the financial system  and the economy that would end up affecting veterans, students, the elderly, minorities, investor advocacy and education, whistle blowers, credit rating agencies, municipal securities, the entire commodity supply chain of industrial companies and much, much more.

In signing the bill, President Obama proclaimed that “these reforms represent the strongest consumer financial protections in history. Before the ink was dry the battle had begun. Wall Street and its cronies faced the largest power grab in its history and they were not about to go down without a fight.

For the last two years a combination of Republican, bankers and other corporate entities have done everything in their power to reverse the legislation or at the very least prevent its enactment. Using everything from lawsuits to loopholes from intimation of the regulators and innumerable stalling tactics, the opposition is betting that if they can stall the legislation until the election, then a newly- elected republican president and congress can repeal the act as they plan to do with Obama care and just about every other piece of Democratic-sponsored legislation.

Their tactics are understandable if regrettable. No one likes to relinquish power and in this case there is a lot of money at stake. Money greases the wheels of industry, but also the re-election chances of all politicians. The two are umbilicaly connected in this country. The wonder is that any sort of legislation to herd in the excesses of Wall Street passed in the first place.

I credit you and me for that success. The American public was so outraged by the greed and thievery of our nation’s banks, brokers and insurance companies that we demanded some action. Even the politicians had to cave in to the public’s demands if they wanted to have a chance at re-election. But passage and implementation are two different things.  As far as criminal indictments, well that’s taking the whole thing a bit too far. No one in Washington is going to bite the hands that feed them that drastically.

So while the excesses on Wall Street continue—new derivative trading scandals, mini flash crashes, interest rate rigging by the world’s largest banks—the regulators avoid regulating. One wonders therefore if the power shift that has occurred in this country is really from the people to a handful of politicians and their financial handlers on Wall Street.