The vote is in and all you have to do is look at world markets to discover the verdict. The citizens of the United Kingdom voted to exit the European Union. Chaos reigned for today but tomorrow may be a different story, at least for U.S. investors. 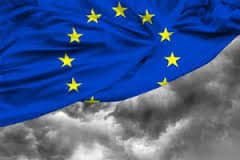 Do not panic. Most of my readers are heavily invested in the U.S. equity and bond markets. As such, the fallout from Brexit will be short-lived here at home as investors come to the realization that for now the United States is the only game in town. As I look at Friday morning’s damage to our markets, I am impressed at how well we are doing compared to Europe. Essentially, all we have done is give back a week’s speculative gains on the back of Wall Street’s totally incorrect view that Britain would remain in the EU.

Europe, however, is, and will be another story. As I mentioned before, the UK was the European Union’s second largest economy (although it never agreed to use the Euro as its currency). Think about it. Your second most valuable player leaves the team. What are the odds your team continues to have a winning season? Clearly, the European economy is going to take a hit from this event. To make matters worse, it is just coming out of recession as we write this.

Then too, what will the exit of one of your MVPs mean to the rest of the team? In this case, nearly every member state of the EU has a political party or organization that is lobbying for a referendum to leave the EU. Here are some of the countries at risk with the percentage of voters wanting a chance to vote for their own exit: Italy (58%), France (55%), Sweden (43%), Belgium (42%), Poland (41%), Spain (40%) and even 40% of Germans, the EU’s largest and most stable partner, want a chance to vote and possibly bolt the union.

But not all will come up roses for some U.S. companies. There will be repercussions that could hurt our largest multinational corporations as a result of Brexit. Many U.S. companies have invested in the UK partially because of their free-trade access to the rest of Europe. It would be like a Japanese company building an auto plant in Mexico in order to take advantage of our NAFTA agreements with Mexico. We might find that these companies will face a large decline in profitability on their UK assets. The US financial sector may also go through some rough times for the same reasons.

There is no question that this breakup will cause disruptions throughout Europe and reduce mutual trade and financial flows. Remember that an exit will take at least two years to implement. I have long said that markets can deal with the good and bad, but can’t handle uncertainty. Imagine this upcoming period of extended uncertainty. It will most assuredly reduce corporate and investor confidence abroad.

Trade agreements will need to be renegotiated among the EU and with the rest of the world. In the case of Great Britain, where trade accounts for over 50% of this island nation’s GDP, everything will have to be renegotiated. That will take time and a lot of it.

Optimists point out that there are countries in Europe that have done well without inclusion in the EU. Switzerland is always most pundits’ prime example. The problem here is that the Swiss economy is only a fraction of the size of Great Britain, so it is like comparing apples to oranges.

Currencies will also be a problem. Volatility will reign supreme in currency markets as traders and corporations try to hedge this new element of risk in the world. The U.S. dollar may strengthen. It certainly has today, and, if so, that too may cause problems for our export-oriented companies. One thing is sure; volatility is here to stay for the foreseeable future.

Hopefully, you took my advice over the last few weeks and reviewed your own risk tolerance because the heat is certainly rising in the kitchen. The U.S. is the best game in town and as such you are in the right place at the right time.