Stocks had a tough week. All averages are now negative for the year once again and will continue to go lower until oil finds a bottom or the market disconnects from energy prices. The problem with that scenario is that no one knows if and when that will occur. 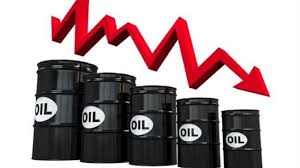 The price of crude is down 14% since December 1 and 35% since May. Controversy rages over whether the precipitous decline in oil over the last year from $114/barrel to $36/bbl. is a supply or demand imbalance. New technology in the form of hydraulic fracking has unearthed a huge new supply of natural gas and oil worldwide. So much so that consuming these new sources of energy will require decades. At the same time, slow economic growth worldwide, especially in emerging market economies, has dampened demand for energy.

Whether the cause of the decline is one or both, the results are the same. Since May, the world has been experiencing a 2 million barrel/day gap of oversupply. What is interesting is that gap remains the same to this day. It hasn’t worsened, although the oil price has declined double-digit in the last eleven days. Why the discrepancy between the fundamental facts and the price level?

Blame it on Wall Street. Financial manipulation in the futures markets seems to be responsible for the 36% decline in prices we have experienced since May. Traders have been shorting energy futures contracts hand over fist at the Commodity Markets Future Exchange and that practice accelerated after last Friday’s disappointing OPEC meeting.

One can debate the logic of selling stocks simply because oil has declined. Bears will argue that as the oil prices go lower, the chances go up that energy companies will not only suffer earnings declines and cut dividends, but “many” may actually go bankrupt. That could also impact the corporate bond market. No question that could happen.

We have already experienced disappointing earnings from the group and just recently some energy master limited partnerships have cut their dividends. More are expected. But one must ask how much does the energy sector represent within the stock market? If we look at the benchmark index, the S&P 500, the energy weighting is currently 8% and yet its troubles have taken the whole market down in excess of 3% just this week. This is clearly a case of the tail wagging the dog.

Yet, no matter how irrational the market’s behavior, what you don’t want to do is get in the path of a speeding train. I’m not advocating selling right here, but I also don’t want to be buying anything until I see how this energy free-fall plays out. I can’t tell whether the clearing price for oil is around this level or at $30/bbl. or even lower. Until that becomes clearer, remain on the sidelines.

In the coming week, we also have the final Federal Open Market Committee meeting of the year. The bond market is giving an interest rate hike at the meeting an 87% probability. Although I believe the market has already discounted that event, the coming rate hike is not helping matters. Still, I think all these worries are short-term in nature.

Sometimes, for a variety of reasons, the market ignores the fundamentals and instead focuses on the animal spirits that sometimes run rampant in the markets. This is one of those times.

At some point in time, when an oil-Armageddon does not materialize, the market may simply focus on something else. If I were a betting man, I would say that we rally after next week’s FOMC meeting into the New Year. At these levels, however, all we will gain back is a single digit gain for the year. I’ll take it.