Traders are afraid to hold securities, especially stocks, over the weekends. Every Friday afternoon positions are squared and Wall Street goes home with few if any overnight positions. This three-day weekend you can bet cash will be king. 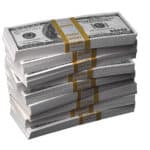 Clearly, investors are just as skittish. They were last summer as well, and for the very same reasons. If anything, the stakes are higher today. Last May there was some concern that Greece might go bankrupt and/or depart the European Community. This year both Greece and other member states are actively preparing for that outcome.

Last year there were riots in Athens. Police battled protestors angry over pension and other spending cuts. Damage was minimal and few were really injured, although it made nightly newscasts fairly dramatic. This year it’s far more serious. Greek depositors are quietly but steadily pulling their money out of their banks where there are no TV cameras.

Greeks fear that when (not if) they depart the Euro, their currency (the Drachma) will be worth next to nothing, wiping out their savings. Depositors in other problem countries such as Spain and Portugal are also doing the same thing, fearing the worst. Unsure of the Euro and its future, these Europeans are putting their money into the greenback. The higher the dollar goes against the Euro, the worse the situation becomes.

Have you also noticed that we are back in the “he said, she said” environment that ruled the market’s direction throughout last summer? This week the averages gyrated up and down as one after another European politicians or bureaucrat pontificated over the fate of Greece or Spain. Positive comments, meant to buck up the markets, were quickly followed by retractions or other contradictory statements.

Face it readers, this situation is going to be with us until at least the middle of June when Greece holds a second election. At that point we may achieve more clarity on the fate of the country and its membership in the Euro-zone with a corresponding move in the markets. Until then expect more of the same volatility.

Last week I predicted a “snap-back rally”. We had it but it wasn’t much of one, barely moving the averages up by 2.5% or so. The S&P 500 Index now sits at around 1,323. I expect that both the upside and downside will be volatile over the next few weeks, based on the events in Europe.

On the downside, we could test the 200 Day Moving Average around 1,279 on the S&P 500 Index with further risk to 1,250 or so. On the upside, we probably have a celling between 1,340-1,370 on that same index. That would provide a 5-7% trading range for the markets. Those who follow the market day-by-day will find that stressful to say the least.

Last week’s much heralded IPO, which I likened to the build-up preceding the “John Carter” movie, flopped on an epic scale. That it was a disappointment is obvious, but more importantly, it also drives yet another nail of distrust in the coffin of Wall Street. Retail investors, already wary of anything stock-related, took a flyer only to be burned once again by “da boyz” in the three-piece, pin-striped suits that took their money and left them holding the bag. Soon the only investors left in the markets to be bilked will be themselves.

Dalton — Investing in stocks just got more attractive because of a policy shift announced by the Federal Reserve’s Federal Open Market Committee on Aug. 27. Details are found in the Federal Reserve’s statement of longer-run goals and monetary strategy....
There was a time, when obtaining a protective mask to combat the spread of the coronavirus was almost impossible. That time has passed. Today, as more than half the country requires citizens to wear them, masks have become...
It always happens. Sometimes it takes longer than one would like, but sanity returns to the stock market when you least expect it. The only word that accurately described the stock market at the beginning of this week...