Have you noticed that American movies seem to be long on bullets and increasingly short on words? That despite flop after flop at the box office, the same movies are coming out with sequels? Get used to it because, increasingly, American viewers are a distinct minority when it comes to the box office. 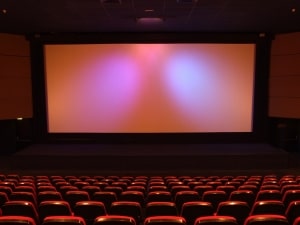 After agriculture, the second largest U.S. export is entertainment. Films account for well over $31 billion of those exports and the numbers are increasing exponentially. The international box office accounted for a small portion of overall revenues a decade or so ago, but times have changed. Now it’s a 60/40 split in favor of foreigners. China, with a population of over 1.3 billion is the largest market for filmmakers in the world.

For a long time, foreign countries only allowed a certain number of American films to come into the country. The idea was that the embargo would allow local filmmakers a chance to show their stuff among the local audiences. In some locales that is still the case, but less so in the really big markets.

Conventional wisdom in Hollywood has it that there is an insatiable international appetite for American-made genre movies, which are heavy on action, explosions, guns, special-effects and the like. They are correct. Foreigners love action movies, children’s movies, sequels, Academy Award winners and big production budget films in that order, according to recent industry studies.

And stars are not as big a factor as they once were. To be sure, some late greats such as Stallone and Schwarzenegger can still command an audience but its more about the story line and what super hero is pounding who.

We are also witnessing a great dumbing down of film content as a result. Universal themes rather than culturally specific ideas are what sell. Foreigners who do not speak English, do not want, nor can they follow long lines of sub-titles that scroll across the bottom of the screen. Language, too, can often be nuanced to the point that the audience misses the concept. Besides, reading sub-titles can be distracting and a lot of work when the typical viewer simply wants to have a good time and be entertained. Today’s movies are crafted mainly to provoke a visceral, as opposed to an intellectual, response.

In the years ahead you can count on American studios to become even more focused on what the overseas markets wants given the bottom line. Movies that may have bombed in this country have managed to turn a profit thanks to the benefits of foreign audiences. “Pacific Rim,” for example, earned $101 million here but cost $190 million to produce. However, it was popular overseas to the tune of $411 million in worldwide earnings. Despite its failure here, a “Pacific Rim 2” is in the works and you better like it..

If we look at the more popular movies of 2014: “Transformers,” “Guardians of the Galaxy,” “Maleficent,” “X-Men,” “Captain America,” “Dawn of the Planet of the Apes,.” and the “Hobbit,” overseas revenues were greater than the domestic box office in every case.

Therefore, the next time you are going into a movie theatre, after paying $50 for two tickets, wondering how you can be sitting through the same story line, bad acting, ear-splitting, special-effects and a predictable outcome, wrapped around the same title (only with a number 8, 9 or 10 tagged on the end), now you know.

Bundling up on Black Friday to shop for great deals on TVs, iPods, and holiday gifts while still full of Turkey and stuffing is a thing of the past. While our bellies have remained stuffed, our Black Fridays...
Nurses and other healthcare professionals in the Berkshires and across the United States find themselves in a unique retirement situation: the 403(b) offered by their employer can be stewarded by the financial management firm of their choosing...
Stop in for free, judgement-free financial advice! Financial Advisors Holly Simeone, CES™ and Lauren Russo, CEPA, FPQP™, CVB, together with Paraplanner Angela Elzner, FPQP™, invite you to invest in your financial health by joining them during Open Office...