Although there is a wall of worry out there encompassing everything from the debt limit to the spending fight, the stock market continues to grind higher. You should be paying attention to that. 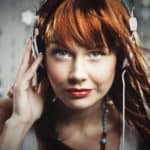 As I have reminded readers many times before, there are two ways that a market can relieve over-bought conditions. The first is a regular old correction and the second is through sideways consolidation. Over the last few weeks we have enjoyed the latter condition with a blip up every few days.

The S& P 500 Index is just twenty points shy of 1,500, a nice round number that doesn’t mean much outside of its psychological impact. It is a five year high, although we are still below its all-time high reached on July 19, 2007 at 1,553. That is less than 5% away. Ask yourself, what does the market see that you don’t?

After all, the economy is certainly not growing at a robust rate. Unemployment is still way above its historical full-employment level. Housing prices remain well-below the average price for the last ten years. If you include our do-nothing congress and dysfunctional government in the equation, either the markets got it wrong or they are looking beyond these short-term negatives.

For months I have argued that the monetary stimulus by our central bank and others around the world was having a beneficial impact on the world economies. Overseas, Europe is still in recession but for how much longer? Other countries such as Brazil, China, India and Japan has also experienced stimulus measures by their respective governments. While global investors’ attention jumped from one binary event to the next, they have been missing the bigger picture. The world’s economies are growing and gaining momentum. Stock market prices are simply discounting the future and that future appears far better than most investors recognize.

As for our own worries, I think the debt ceiling will be resolved. Politicans will kick the can down the road yet again, allowing another extension of the ceiling while negotiations continue on spending cuts. Ultimately and over time, they will get some cuts but they will be moderate and not nearly the amount of money that they would like.

Just because I have been and still am bullish in the long-term does not mean that we are immune to further corrections. Expect a stiff pull-back at any time and in the very sectors that have led the market. Financials and materials here at home, China and emerging markets abroad have had great runs. Those areas will most likely see the greatest corrections when they come.

There is no way I can predict just when this will occur. It could be next week, a month from now or even two months away. In my opinion, any sell-off would simply be a buying opportunity. I have been advising investors to sell their Treasury bonds and get in the stock market since June of last year. The S&P 500 Index is up about 17% since then. Stay the course, trust in the Fed and read my columns.