This week the scales finally tipped. The phones began to ring and each call was roughly the same.

“What are the chances the debt ceiling won’t be raised?”

“What happens if the politicians can’t make a deal?’

“What will happen to my investments if the worst case scenario happens?” 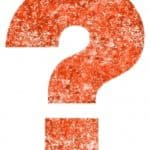 Since the calls were coming in from Maine, Vermont, New York, Connecticut, Massachusetts and elsewhere, I’m sure you are all worried about the same thing. If, despite the odds, the debt ceiling is not raised by August 2, 2011, the United States of America plunges into at least a technical bankruptcy. What will happen to the markets? The short answer is nothing good.

This is not an abstract issue. The dollar, as well as global stock and bond markets, would decline. The price of gold and possibly silver would jump but very few other asset classes would be immune from the carnage. The wave of selling would reverberate around the world because everyone is involved in America’s bond market. The duration of this financial rout would probably be short lived, a day or three, maybe even a week, before our political “leaders” in Washington came to their senses. Personally, I believe that it would be a classic buying opportunity and one probably not seen since the week after 9/11.

A recent poll by CNBC indicated that 64% of viewers are blaming the Republicans for the present impasses in the debt ceiling talks. As for me, I blame us, the voters—Democrats, Republicans (especially the Tea Party) and Independents for the present dilemma. I wrote “leaders” in quotes because the present fiasco has convinced me that there are no leaders left in Washington, D.C.

But why should that surprise you? The present blame game that is substituting for compromise among the senators and members of congress is a joke if one looks at the track record of these supposed leaders. President Barack Obama continuously reminds us that the problems started during the Bush Administration. But he was elected to the Senate in 2005, just as the real excesses of mortgage backed securities was getting underway. Joe Biden was a Senator from 1972 until running for Vice President in 2009. Where were they when we needed leadership and an effort to end the rampant speculation that was occurring on Wall Street?

Rep. Barney Frank was the chairman of the House Finance Committee before and during the financial crisis as were committee members Orin Hatch, John Kerry, Chuck Schumer and even Ron Paul. All these august officials were asleep at the switch despite receiving a wealth of information daily on the nation’s financial system.

Rep. Rosa De Laura has been around since 1990 and sits on the house subcommittee on labor health and human services. Steny Hoyer has been in the House since 1986 and was House Majority Leader from 2007-2011 and House Minority whip from 2003-2007. Nancy Pelosi was the Speaker of the House since 2007 and is now House Minority Leader.  That about sums up the background of today’s starting line-up on the Democratic side.

Republicans, on the other hand, beginning with our past president, presided over the financial crisis from 2000-2008. During that period, Eric Cantor, Paul Ryan, John Boehner, Mitch McConnell and many more of today’s “responsible” budget cutting GOP leaders knew and did nothing but watch as the financial system spun out of control. They too have conveniently forgotten their past lack of leadership and are busily blaming the opposing party for their own shortcomings.

Today we are looking to these same men and women to compromise, to work together and fix the economy, balance our finances, raise the debt ceiling and solve the nation’s unemployment problem. We elected them, despite the knowledge that these very same people have been found wanting in the past. Why should we expect them to be any better today?

So let the chips fall where they may. I expect that until we have a deal, the markets will continue their schizophrenic behavior. The best thing you can do is hunker down and wait for this storm to blow past.