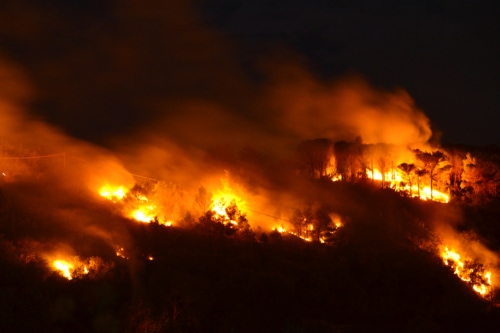 Changes in climate are impacting a global economy that is fighting to recover from a pandemic. Supply chain bottlenecks continue to worsen as continuous weather-related catastrophes close ports and snarl land, sea, and air transportation routes. Can it get any worse?

Yes, and it probably will, according to climate experts. Nearly all actively publishing climate scientists agree that humans are causing global warming and climate change. The less than 2% of experts that disagree have published contrarian studies that either cannot be replicated or contain errors. I’ll go with the consensus on this issue.

Here in the U.S., we receive ample proof of that change almost on a daily basis. I have lost count of the number of hurricanes hitting our shores so far this season. Rivers are drying up, some permanently, while heat domes and uncontrolled forest fires afflict the American West and Pacific Northwest. Similar occurrences are happening throughout the world, from flooding in Germany, typhoons in Asia, and drought just about everywhere.

These weather-related events significantly increase the price of production, no matter the product, while reducing the speed with which supplies can be delivered. The quality of goods and services also suffers. Increasingly, the timing of deliveries is being thrown into disarray. Delays in components and parts that may make up a finished product further disrupt supply chains. If you add in shutdowns and labor shortages caused by the ongoing pandemic, you may now understand why some consumers are doing their holiday shopping in September rather than December.

Swiss Re, a world-class insurance company, recently predicted in a research report that the effects of climate change could shave anywhere from 11% to 14% off global economic output by 2050. That comes to $23 trillion. Every year, however, billions of dollars in lost trade go unreported and uncounted.

Using the U.S. as a ready example, over the past four decades, we have suffered through 300 weather and climate-related disasters that cost the country more than $1 billion each in losses. In 2020, there were 22 such billion-dollar disasters. But none of those losses include the disruption in economic output and lost trade that accompanied the death and destruction.

Until recently, supply chain managements considered weather as a short-term risk where disruptions would be temporary at best.  Only now are companies realizing that they need a long-term understanding of weather and climate trends that encompass several years or more. How to mitigate this physical climate risk on supply chains is becoming, quite literally, a hot topic.

Most of the world’s populations, for example, live near seacoasts, where there is increasing risk that sea levels will rise, causing more storms, flooding, and hurricanes. Buying, or building a property (or contracting with a supplier) in a coastal area that lacks infrastructure protection in the event of coastal flooding may no longer be advantageous. Factors like this are now becoming more of a consideration among corporate planners.

Climate-driven weather extremes are most evident and visible in the area of food production. Prices are skyrocketing and scarcities are becoming more frequent.

Problems in pork production in China, tomatoes in California, sugar and coffee in Brazil, and grains of all kinds in various locales are devastating certain producers while benefiting others. Human-driven climate change is hammering agricultural areas throughout the world.

I could also address the risk to the world of a diminishing water supply, but by now you are getting the idea that climate change is not only here to stay but its impact is increasing. It is going to make goods and services less plentiful and far more expensive in the years ahead. Corporations that plan today for the risks ahead should come out on top.