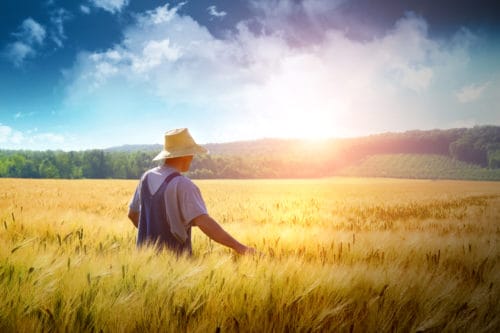 Last Friday a “phase one” trade agreement between the United States and China was announced with great fanfare. The problem is that nothing was written down, nor were the terms agreed upon. In the end, we only have a gentlemen’s handshake. Will that be enough?

With the stock market up by over one percent, President Donald Trump spent most of the that day in front time of the cameras crowing that China had agreed to buy $40-$50 billion worth of food imports from our nation’s farmers. He repeated those numbers over and over, throwing in comments of how famers were going to have to buy bigger tractors to handle the business.

China’s Vice Premier, Liu He, smiled in the background, yet he never backed up those numbers, preferring instead to deliver a note by his boss, President Xi Jinping, that simply referred to a “healthy and steady relationship.”

However, before the weekend was out, the official, government-backed news agencies in China disputed the Trump’s take on what was accomplished or agreed upon. For example, China wants the U.S. to drop all the tariffs the White House has imposed on them thus far in exchange for Trump’s $40-$50 billion in imports.

And by the way, that was a number that could be imported over three years, not next year. And no, the Chinese have not “already begun buying,” as President Trump claimed. Many on Wall Street believe that the entire announcement was little better than a public relations stunt to woo Trump’s farming base of voters back into the fold. Unfortunately for the president, few farmers or ranchers seem to be falling for the ploy. It may be that they also know who will benefit the most from these additional exports and it won’t be the family farmer.

If we take pork, for example, (one of the products that China is interested in importing), the lion’s share of benefits will go to global mega producers that are domiciled in the United States. Eleven of the world’s 26 such producers are in the U.S.

And guess what company dominates pork production in this country? Smithfield Foods. And guess who purchased Smithfield back in 2013?  WH Group LLC; and who are they? WH Group is a publicly traded food and meat-processing company owned by and headquartered in China.

As for soybeans, another potential target of additional Chinese imports, can you guess who controls 90% of U.S. production? No? I will give you a hint– the same company that is up to its eyeballs in 13,000 lawsuits over Roundup–the Monsanto Corporation. I could go on down the list naming companies such as Cargill, Dow, and Dupont, but you get the drift.

Thanks to the outbreak of the deadly African swine fever last year, China’s domestic hog production has been decimated. As a result, China’s pork prices have climbed 69%, while overall food prices in China gained 11.2% in September. That’s not something you want to see happen when you have one quarter of the world’s population to feed on a daily basis.

As you might imagine, China’s sources of food production are a critically important strategic concern. Since they are nowhere near self-sufficiency in food production, the Chinese are reliant on other nations for food. And they also have a long memory.

Most readers probably forgot that back in the 1980s, the U.S. targeted the food security of the then-USSR, establishing a partial grain embargo in retaliation for Moscow’s invasion of Afghanistan back in 1979.   The embargo was finally lifted when our politicians realized that the only losers in the embargo were our farmers, since Russia quickly established alternative supplies of both corn and wheat.

Imports of American grains to Russia have never recovered. Fast-forward to today where Donald Trump (most likely not an avid reader of U.S. post-war history) is either ignorant or failed to learn from that lesson. But the Chinese have.

I believe that China may increase food purchases from America in the short-term, because it is expedient to do so and suites their purpose for now.  But over the longer-term, China, like Russia, will seek to develop more reliable (less political) sources of food supplies.

It is already happening as China imports more from Brazil and other food producing nations around the world. Reducing their over-reliance on the U.S. for food will most assuredly hurt our agricultural sectors a few years out, but hey, by then it will be another president’s problem and who knows, maybe we can blame the Democrats.

Are financial questions keeping you up at night? Financial Advisors Holly Simeone, CES™ and Lauren Russo, CEPA, FPQP™, CVB, together with Paraplanner Angela Elzner, FPQP™, invite you to invest in your financial health by joining them during Open...
Your elderly dog has arthritis. His breathing is difficult. He needs assistance to get up, and his bladder is failing. The vet bills are far higher than your own, and it is getting more difficult to pay them....
President Biden and the U.S. Department of Education announced a plan on Wednesday, August 24, to provide further assistance to federal student loan borrowers. If you have private loans only, unfortunately this won’t apply to you. But...