Up 100 points, down 200, up another 200, this week’s performance in the stock markets could just be getting started. We won’t know for sure until after the Fourth of July but strap in just in case. 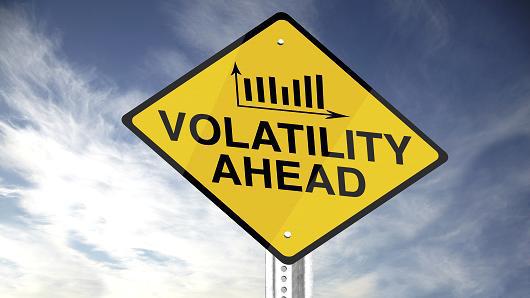 As so often happens, those sectors that led us up in the stock market, usually led us down. In this case, technology stocks have been the leaders. Some tech stocks have pulled back almost 10% over the past few weeks. However, up until now, investors have simply plowed back the profits they have made into purchasing underperforming sectors like healthcare and financials.

We have been observing this rotation and writing about it for a month now, but something may have changed this week. I think the trigger was Mario Draghi, the head of Europe’s central bank. On Tuesday, speaking at the European Central Bank Forum in Portugal, President Draghi said that “The European Central Bank will have to be prudent to gradually adjust its monetary policy to the economic recovery.”

On the surface, that statement seemed harmless enough, but investors chose to interpret those words to mean that monetary stimulus in Europe could be winding down. Despite denials by ECB officials the next day that Draghi did not mean any such thing stocks fell around the world, the dollar dropped, interest rates rose and the Euro spiked higher.

To add fuel to the fire, both the Canadian Central Bank, as well as the Bank of England, were also rumored to be reconsidering the amount of monetary stimulus they will be adding to their economies in the future. Just the rumors alone were enough to send world markets into a tizzy.

For those readers who may not be familiar with the way the financial world has been working for the past several years, consider this. Thanks to global central bank monetary stimulus, worldwide interest rates have dropped to historically low levels, as stock markets have risen to historic highs. Since then, the game bond investors have played is to compare the highest rate of interest worldwide and buy that country’s debt.

Funny enough, it has been U.S. Treasury bonds (among the less risky nations) that have been the winner in this bake-off. Not only are you getting more return for your money than in Asia or Europe, but buying debt reduces your risk (since the U.S. is considered the safest country of all). The fact that our central bank is also raising interest rates is just cream on the cake for them.

So foreigners can’t get enough of our bonds. This scenario is the main reason why the prices of our 10-year, 20-year and 30-year bonds have not seen a big move downward, even though the Fed is tightening. But what happens when we are no longer the only game in town? Will interest rates in this country start to rise and do so at a much faster clip than the stock market can accept?

Now you see the risk. Even the idea that this could happen was enough to send markets gyrating up and down all week. Despite that, both the Dow and the S&P 500 Index have had the best first half since 2013. Granted the shine is off the tech-heavy NASDAQ index for now, but its’ decline does not necessarily mean that the other indexes will follow suit. That said, if we do see the markets fall further, it will simply amount to a long-overdue bout of profit-taking and nothing to get excited about.