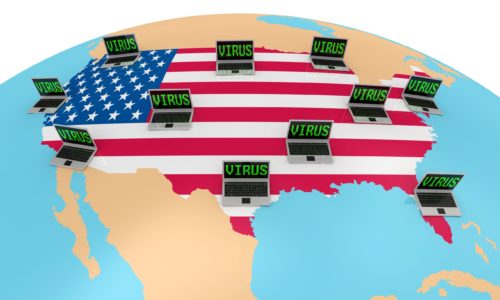 Stocks rose this week on the hope that the U.S. may be close to a peak in virus cases, at least in the country’s “hot spots.” Adding to the reduced case count, the government’s efforts to support the economy and the market have had a positive impact on most financial instruments.

Some strategists have warned that the market’s gains will prove to be ephemeral, once the fallout from this pandemic begins to seep into the economic data. Some of that data is already showing up. For example, Thursday’s unemployment data revealed that another 6.6 million Americans filed for unemployment benefits this week. That brings the total close to 20 million people in three weeks. That is a historical pace of losses. Yet, the stock market gained on the news.

One reason the market went up (instead of down as many expected), was yet another stimulus program announced by the Federal Reserve Bank almost simultaneously. The Fed committed an additional $2.3 trillion to support the new Coronavirus Aid, Relief and Economic Security Act (CARES) Act, called the Payroll Protection Program and the Economic Injury and Disaster Loan Program. There was some concern by banks that loans to all these small business owners might be a risky proposition, especially in the time frame that the government was demanding.

Stepping up to the plate to support these loans, the Fed has come in at just the right time to ensure the success of the government’s fiscal stimulus effort.  There is no telling what else the central bank may be willing to do. As it stands, Fed Chairman Jerome Powell said this week that “there’s no limit on how much we can do as long as it meets the test under the law.”

The only thing they can’t do, I suspect, is buy equities out right. Of course, the U.S. Treasury could do so, and the Fed could fund the purchases. Given that kind of power, is it any wonder stocks skyrocketed again this week? It is for these reasons that I have cautioned readers not to sell. In this era of corporate socialism, even financial markets are fair game. The government’s control of the economy and financial markets has never been this vast and far-reaching.

In addition to these events, there are also plans by the Trump Administration to get people back to work as early as May. The success of this plan is largely dependent on the ability to test Americans for the COVI-19 virus. That is nowhere near possible today, but the hope is that it will be soon.

The White House plan would be for a gradual reopening of the economy, starting with those areas and cities that have low or non-existent cases of the virus. The risk here is that the effort might backfire. The transmission rate could reignite, for example, giving a second life to the spread of the virus.

As we enter this three-day holiday, readers should expect that after a 28% rebound in the S&P 500 Index from its lows on March 23rd, a period of profit-taking could be in order. We have reached an important technical level at 2,790. If we can hold above it, we might have a chance to close in on 2,900, however, the odds are not in our favor.

As we enter Passover, I find some similarity between those in Egypt and our own plight today. It may have been the blood of the lamb brushed above the door, or the mask and gloves we wear today, but I am sure the feelings are the same. I will take this time to hope and pray that this modern-day plague will pass over your homes and the loved ones who dwell within it. And for all the Christians and Easter Bunny believers out there, have a Happy Easter!