Over the past few months there have been some changes to social security rules as well as an on-going effort to provide increased protection from brokers managing your IRAs. Here is an update to those topics. 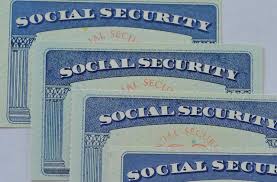 Readers may recall a column I wrote as a result of last November’s budget. Several changes were instituted to shut down some social security loopholes that could impact certain retirees. Prior to the new budget changes, a growing number of couples, 66 and older, could delay claiming benefits based on their own earnings record, while collecting a spousal benefit based on your spouse’s earnings. This was costing the taxpayer millions and generating lifetime benefits for some retirees that amounted to tens of thousands of dollars.

These strategies called “file and suspend” and “restricted application” were altered and the final version of who can or cannot take advantage of these strategies is now official. The new rules would allow those turning 66 or older by April 29 to still file and suspend, but they must request that voluntary suspension on or before that date. Any who fail to take action (either because they are younger than 66, or miss the deadline) can still file and suspend but it won’t provide the same benefits. The Social Security Administration will no longer allow relatives to submit a new claim for spousal or dependent-child benefits based on a suspended benefit.

There is also a longer phase-out of the “restricted-application” strategy. Normally, when married couples apply for retirement benefits, they are deemed to have filed for both their own benefits as well as a spousal benefit. They receive whichever is higher. Restricted applications allow you to have a choice to get one and then switch later to the other. Only those who turned 62 before January 2 of this year can still file a restricted application. The good news is that anyone already using one or the other of these retirement strategies is grandfathered. That means their benefits won’t change due to the new legislation.

On another subject, the plan to curb potential conflicts of interest among brokers who dispense retirement advice is still bogged down. The SEC is obstructing the legislation while trading accusations with the labor department. Readers might remember a column I wrote last year on the subject. The Department of Labor (DOL) introduced the “Fiduciary Rule,” which would require brokers to act in a client’s best interests when advising on their Individual Retirement Accounts.

The DOL has been trying to push through this additional consumer safeguard for over five years, but has been stymied by the Republican Party (and some Democrats), Wall Street lobbyists representing all the brokers and banks, as well as governmental organizations like the SEC and Treasury. The Fiduciary Rule received a welcome shot in the arm when the White House and its Office of Management and Budget backed the DOL’s efforts.

Clearly, I come down on the side of the consumer, who needs all the protection they can get from the financial community. The rule would require brokers to act as a fiduciary in respect to tax-deferred investment advice. It is something that I think is long overdue and would be a much-needed check and balance in this $7.3 trillion segment of the industry.

P.S. my opinion makes me extremely unpopular within my industry and that is fine with me.

The new coronavirus crisis has reached a new phase, where public health systems are acting to contain the spread of the virus outside China. Clearly, the main emphasis should be on containing the virus, but the economic impact...
Dalton — In last week’s column, “Corona Crash,” I wrote that we could get a “rip-your-face-off rally.” A 20% gain in three days — Tuesday through Thursday — certainly qualifies. Even sandwiched between big down days, the Dow ended...
Listen up, big changes have just occurred because of the newly passed Care Act. Aside from the “free money” that 90% of Americans are expecting, important changes to your retirement accounts have been passed. These changes can save...