After a year of uncertainty, we now know who will be governing the nation over the next four years. Unfortunately, it is not the guy that Wall Street was hoping would win. Investors took out their disappointment by selling. That is a mistake. 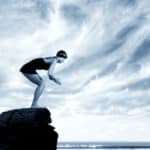 Consider: over the past 14 presidential election weeks, the markets declined six times and rallied eight. During that post-election week, markets continued to follow the trend. However, two weeks later there was no correlation between what the markets did election week and how they performed 14 days later. In 2008, for example, the market was up 4% the day before Obama’s election and down 5% the day after. Yet, we have had one of the best rallies in stock market history during the last four years.

But wherever you looked this week, the words “Fiscal Cliff” were plastered on every front page right next to the election results.  The financial markets, despite their awareness of the looming January 1 deadline, decided it was time to panic. Since Wednesday, the stock market experienced a wave of selling that drove the averages down by over 3.5%.

I believe a good deal of this new-found pessimism can be traced to many investors’ disappointment that Romney lost the election and the GOP, despite spending billions, failed to win a mandate on the economy. Sure, if one simply focuses on what will happen to this country if nothing is done to extend the Bush tax cuts and avoid automatic spending cuts, then the panic we see in the markets this week may be justified.

However, I doubt that neither the President nor Congress will allow that to happen. The economy is only beginning to find its footing. A double whammy of tax increases and spending cuts at this juncture could easily drive the economy back into recession. Clearly, John Boehner wants a deal. Obama does as well. So why the market believes Romney could find a solution but Obama can’t seems a bit fishy to me.

Democrats and Republicans, evidently in the mood for compromise, are already discussing ways to solve or delay those tax increases and spending cuts for at least another quarter. That will give both sides of the aisle the breathing room to work out a compromise. In the end, I believe no one will be happy with whatever compromise the politicians devise, but it will provide a solution to the country’s immediate fiscal problems.

Americans can expect some tax increases in the coming year as well as a reduction in spending, but I suspect it will be phased-in and fairly moderate, at least at first. The trick will be to gradually apply austerity, but only after the economy is healthy enough to absorb the medicine. Clearly, the nation needs to reduce the deficit. The debt limit is also out of control. But the process of tackling those problems will take another four years to solve, in my opinion.  It won’t be perfect. There will be mistakes along the way and it won’t be accomplished without a new willingness to work together in Washington.

President Obama is barely behind the wheel, but his first task this week was to meet on Friday in an effort to avoid the precipice of this Fiscal Cliff. That’s a good beginning from someone I predicted will become “The Great Pragmatist” in the years ahead. In the meantime, the markets may go lower until an outcome is in place, although I suspect the bulk, if not all, of this decline is behind us. Take a deep breath. If you were disappointed with the election outcome, recognize that wanting to sell now may just be an emotional reaction and not the wisest choice you could make.