This week the ten -year U.S. Treasury Bond hit a record low of 1.63%. That can be good or bad news depending on your circumstances and where you are in terms of retirement. 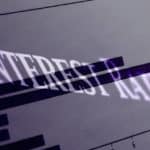 On Wednesday interest rates on our government treasury bonds spiraled downward once again as investors, deeply fearful of events in Europe, sought a safe haven for their money. Both the U.S. dollar and Treasury bond prices spiked higher as investors shunned risk.

Fears of a systemic sovereign credit failure in Europe were to blame. This “risk-off” trade pushed the Euro to its lowest levels in two years while yields on sovereign debt in countries like Spain, Portugal and Italy soared. At the same time, Germany, Europe’s most stable economy, saw the interest rate on its ten-year government debt fall to all-time lows. In a sense, our Treasuries are simply along for the ride as global investors seek to shed their European investments.

In tumultuous times, individual consumers in the United States can simply put their money in a bank or buy CDs in order to protect it. Large institutions who are seeking safety can’t really drive up to their local ATM and dump billions in a checking account, so they use U.S. Treasury bonds instead.

These big players are buying these bonds that are effectively yielding a negative rate of interest after inflation. In other words, these institutions are paying the U.S. government a small amount of interest just to keep their money safe. In times like these it’s worth it to them.

Unfortunately, if you are an individual retiree who has their money invested in U.S. Treasury bonds, you also have a problem, especially if you are depending on the income from bond interest to maintain your retirement life-style.  It will become extremely difficult to make ends meet since, like those large institutions, you too will be receiving a negative rate of interest on your investments. At the same time, your costs of living continues to go up and up. Gas, food, medical costs, etc. are all climbing higher but your income stream is going down.

But for another class of consumers, those Americans who may be fortunate enough to qualify for a mortgage, the decline in Treasury rates may help them lock in a lower rate for a loan. However, borrowers beware.

Many home buyers erroneously believe that their mortgage rate is tied to the interest rate of U.S. Treasuries. They are not. Mortgage rates are tied to an index of mortgage bonds called mortgage backed securities (MBS). Mortgage lenders watch MBS rates closely. Consumer rates are priced according to what the MBS rates are doing over time.

“Over time” are key words. It means that lenders will only reduce consumer rates if they are convinced that the MBS rates have the staying power to remain at a lower level for a sustained period of time. Lenders will not pass on those lower rates to you, the consumer, until they are convinced that the drop in MBS rates is not simply a short-term spike caused by events in Europe this week (as an example).

So although Treasury rates dropped to historic lows this week, mortgage rates improved only slightly. The conventional 30-year fixed rate didn’t move at all. Mortgage borrowers will need U.S. Treasury rates to remain at these levels or go even lower before the MBS market responds in kind. Only then, will consumers see a pass-through in mortgage rates. This could take weeks to accomplish.

So what economic meaning should we read into these “historic lows” in Treasury bond interest rates?  Well, I guess that without our much maligned, deficit-ridden country and its Treasury bonds, the world would be a much scarier to place to invest.  Take that Darth Vader!