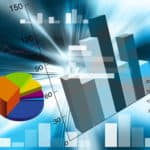 The same global trends that have created today’s Twenty-First Century Capitalism are largely responsible for the world’s growing trend in income inequality. Along the way, this souped-up form of laissez-faire ideology has also transformed the world’s economic and political systems–but not in a good way.

Companies have been forced to get bigger just to compete successfully on a global basis. In this new big dogs-eat-little-dog’s arena, governments have had to adjust rules and regulations accordingly. “Too big to fail” makes sense when you are competing globally and our government, in an effort to protect our own across a wide spectrum of sectors, has bent the rules to insure U.S. corporations’ competitive position among foreign competitors.

It has also had the unintended consequences of solidifying the status quo. Competition may have heated up abroad, but by necessity, it has fallen domestically among our companies. As a result of this three-decade long worldwide transformation, there is no such thing as a free market anywhere (if there ever was one) and capitalism, as we understand it historically, is about as different today as Dorothy’s Kansas is to Oz.

For the last few years I have been railing about the excesses in our financial markets. Those excesses, I now believe, are a direct result of this 21st Century brand of capitalism.  In the old days, capitalism was about accountability, the rule of law, fair and competitive markets and compensation appropriate to the value created for society. No-where do we see that today.

Instead, we see a growing list of inequities wherever we turn. From immunity from the criminal justice system to the near melt-down of the entire financial system, capitalism has run amuck. An opportunity, the yellow brick road of a laissez-faire society, has plummeted.  Last year just 8% of students at America’s elite universities (where future contacts and allies are made) come from households in the bottom 50% of income. Since education provides an avenue to equal opportunity there is something radically wrong with that statistic.

Just ask any small business owner how hard it is to get a loan today, yet, Wall Street banks and big corporations can borrow as much as they want with just a phone call. If the access to capital has changed, how can would-be capitalists become capitalists? Yet, the answer, if we listen to those learned men and women to the right is much, much more of the same.

A growing chorus of voices demands we embrace this 21st Century “Laissez-Faire” theology.  They paint a picture of an economic environment in which transactions between private parties are free from tariffs, government subsidies, and enforced monopolies, with only enough government regulations sufficient to protect property rights against theft and aggression. The markets, they say, will sort out distribution on its’ own.

I fear that direction will result in more and more wealth ending up in fewer and fewer hands. And wealth begets power in 21st Century capitalism. This kind of crony capitalism has already transformed what was once a vibrant free market economy with a conscience into something that is far closer to the Robber Baron’s duopoly or oligopoly of old.

In order to address these new realities, we must first acknowledge that we are not in Kansas anymore: a hard thing for Americans to admit. The tripe we serve ourselves that some mythical form of capitalistic free market system still prevails in this country must be squarely and honestly refuted. The idea that markets, left to their own devices, are perfect and can perfectly balance supply and demand is a bunch of hogwash. Economists might insist on that point in a theoretical world, but in the real world, markets have always been imperfect and will continue to be long after those ivory towers are smoking ruins.

George Soros, one of the premier capitalists of our age, recently wrote a shocking condemnation of capitalism in the Atlantic Monthly entitled “The Capitalist Threat.” In the article, Soros argues that “By taking the conditions of supply and demand as given and declaring government intervention the ultimate evil, laissez-faire ideology has effectively banished income or wealth redistribution.”

He believes America’s laissez-faire argument relies on the same tacit appeal to perfection as communism:

“It claims that if redistribution causes inefficiencies and distortions, the problem can be solved by eliminating redistribution—just as the Communists claimed that the duplication involved in competition is wasteful, and therefore we should have a centrally planned economy.”

Soros points out that the laissez-faire argument against income redistribution invokes the doctrine of the survival of the fittest. That argument, he points out, is undercut by the fact that wealth is passed on by inheritance, and the second generation is rarely as fit as the first.

Besides, both Soros and I agree that there’s something radically wrong with using the survival of the fittest, which is an outmoded theory of evolution called social Darwinism, as the guiding principal of any civilized society, much less by the leader of the free world and the world’s foremost democracy. America, wake up for God’s sake!