It was late, “skinny,” and guaranteed to send Washington lawmakers up a wall. President Trump’s first crack at a budget, released on Thursday, makes drastic cuts to many sacrosanct departments and programs while boosting spending in others. 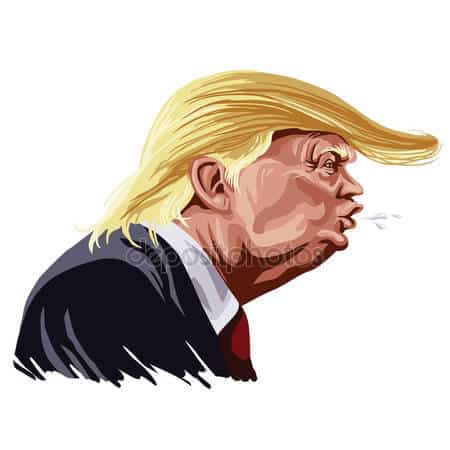 If you haven’t strapped in quite yet, now is the time to do so. The president’s 53-page budget (less than half of his predecessor’s lean, 134 pages) makes dramatic cuts to departments such as the Environmental Protection Agency (-31%) and the State Department (-28%), while increasing defense spending by $54 billion.

Areas that would also be hit hard were foreign aid, grants to multilateral development agencies such as the World Bank and United Nation’s climate change initiatives. Clearly, “America First” was front and center in making these decisions. Here at home, renewable energy research and carbon dioxide emissions reductions would also be jettisoned, if the President gets his way.

The Agricultural Department, a bastion of American protectionism, was cut by 21%. It would see loans and grants for wastewater slashed, headcount reduced, and a program that gives U.S. farmers tax credits by donating crops for overseas food aid would disappear.

Nineteen organizations that count on federal funds for support such as public broadcasting and the arts would cease completely. Home heating subsidies,  clean-water projects and some job training would also go by the wayside. The Housing Department’s community development grants, along with 20 Education Department programs, including some funding programs for before and after school programs, felt the axe. Anti-poverty programs were targeted as well.

In contrast, defense spending will be boosted by $54 billion, money for Vets would increase six percent and the White House is asking for a $1.5 billion down payment for the building of Trump’s ‘Great Wall.’ In many ways, Trump’s budget looks like a typical GOP blueprint but there are some differences.

For example, Trump wants to strip infrastructure funding from federal agencies, largely the purview of the Department of Transportation (highways, bridges and airports) and the Army Corp of Engineers, which takes care of the nation’s inland waterways. Congress controls where that money is spent. We are all aware that historically, a large part of government spending programs is simply an exercise in legal bribery.

Each congressman and senator gets their “taste,” depending on how powerful they are and how good they are horse-trading in the cloak room. Bridges to nowhere, choice contracts to favored construction companies—the litany of kickbacks, waste, and cost overruns go hand-in-hand with what we know as government spending.

Here comes Trump. By taking the purse strings away from Congress, he intends on keeping control of how much gets spent on what (and who benefits).  Trump is throwing down the gauntlet to the business-as-usual crowd of Washington politicians on both sides of the aisle.

The ink isn’t even dry and already the politicians of both parties are ‘outraged,’ ‘concerned,’ or ‘doubtful’ in commenting about the White House budget proposals. In truth, presidential budgets are simply a “wish list” and should be taken as such. However, once again, the new president is hell bent on fulfilling his campaign promises.

I would expect Republicans will support the President’s budget in theory but when it gets down to the nitty gritty, they, like the Democrats, will make sure that business remains “as usual” unless the new president can out-Trump them.