Financial markets, under the new president, continue to react on an hour-by-hour basis to Donald Trump’s latest electronic missives. That’s no way to conduct business but it is what it is. At what point will traders begin to discount these tweets? 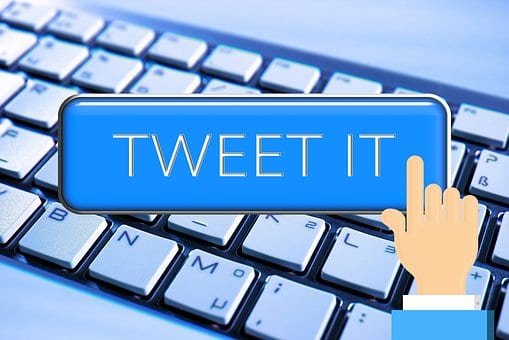 It will take some time, in my opinion, because there has been nothing quite like this in the history of the world. What makes it worse, as it turns out, some of the new president’s statements have proven less than factual, while others have clarified the growing mountain of fake news that media outlets appear happy to broadcast. In the middle are the High Frequency Traders and the computer algorithm geeks who find themselves running from one end of the boat to the other as markets gyrate to the political tune of the day.

I have no sympathy for these boys. They have controlled well over 70% of the volume in stock markets for years. It was a game they controlled thoroughly. I suspect that may change because Trump’s outbursts and actions are so unpredictable that programming computers to react to him is well-nigh impossible. Once enough money is lost in the attempt, traders will learn not to react to all these statements.

In the meantime, readers, we have the advantage. Although this week was chock full of volatility, those who remained invested did okay. Markets held their own moving marginally higher or lower versus last week’s close. Part of the reason was better than expected non-farm payrolls, which came in at 227,000 jobs gained versus an expected 175,000.

Overall, U.S. job growth accelerated in January by 1.64%. That compares to a 1.5% rate in December, but what is even better, in my opinion, is that blue-collar wages jumped by 2.9%. That’s one for the little guy! To be fair, former President Obama should get the credit for these good numbers, but Trump’s blue-collar constituency will give the new president credit for the improvement. There may be some truth in that, since small business owners (who account for the lion’s share of America’s employment) have become decidedly more positive about the country’s future under Trump.

For those who care, there was a lot to hate (or love) about the tweets of the new president this week. Health care (repeal of Obamacare), tax reform (Congress and Trump agree), Iran (“Put on notice”), Australia (“Dumb” refuges deal), Mexico (“Bad hombres”) are but a few controversial areas he addressed.

The markets also had to contend with the social unrest brought about by last Friday’s executive action on immigration. And let’s not forget this week’s Berkeley burnings on campus as well as several other university protests over everything Trump. Get used to it.

The most positive aspect of all of these protests and marches is that this nation is finally going to get some exercise. Do not expect this civil disobedience to wane anytime soon. As such, the volatility in the financial markets will continue. What is important, however, is that you do not get sucked into these emotional sell-offs.

You may feel good (or bad) that someone is expressing their outrage over the Trump presidency. You may even be involved in said-outrage but don’t carry those feelings over to your retirement portfolios. Instead, try and focus on the economic facts of life. The economy appears to be improving and economists are predicting that 2017 should see a higher growth rate in GDP. Clearly, unemployment is falling, wages are gaining, and this quarter’s earnings season is turning out to be better than expected. These are the variables that will determine your portfolio returns for 2017.

Your views on politics and social issues are your own. You may not like what’s going on in this country, but as far as your stock market returns are concerned, you can cry all the way to the bank.