The stock market is rarely satisfied with lukewarm. Investors insist on boiling down complex variables to simple either/or choices. It doesn’t always work. 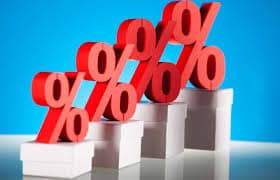 Take Friday’s non-farm payroll number. The country gained 280,000 jobs in May, the largest number since December. In addition, 32,000 more jobs were revised upward in last month’s data. The unemployment rate ticked up to 5.5% from 5.4%, but that was probably due to college graduates seeking jobs.

Wage gains, something I have been focused on, jumped 8 cents to an annual rate of 2.3%. That is an improvement, but still below the average wage gains of 3-4% one would like to see as the economy rebounds. My take is that wage gains are beginning to accelerate and that’s good for consumer spending or saving and the real estate market.

The data provided a head fake to traders who, as recently as last week, were worried that the economy was not rebounding from the dismal 0.7% annual pace of GDP in the first quarter. Just this week, Boston’s Fed President Eric Rosengren said essentially the same thing. And the International Monetary Fund, in a report issued this week, recommended that the Fed not raise rates until at least 2016 due to their worries over a slowing U.S. economy.

As a result, the bond market has been on a roller coaster this week. Overseas, German bond prices moved up and down like a penny stock, taking most of Europe’s sovereign debt markets with it. In response to the upheaval in this normally staid market, Mario Draghi, the head of the European Central Bank, warned investors that volatility was here to stay in their bond markets. Of course, events in Greece didn’t help.

It was a week of ‘does she, or doesn’t she’ with Greece the damsel who just can’t make up her mind and the EU, IMF and ECB hoping that the Greeks will ultimately see reason and get with the program. In the end, Greece missed another debt payment due on June 5. Instead, the bureaucrats found a loophole in the covenants that allows Greece to pay all debts due to the IMF this month in a one billion Euro payment at the end of the month.

That’s called ‘kicking the can down the road,” a common occurrence within these negotiations. I can only surmise that doing so is preferable to either a Greek exit from the Eurozone or a Greek capitulation to the EU’s austerity program (that Greek voters have already rejected at the polls).

Usually, the kind of volatility in bonds is reserved for the stock markets. And yet, if you study how certain asset classes (bonds, stocks and commodities) behave at the top of a market, this volatility could be a further warning that bond prices are set to decline after a thirty-year bull market. We, along with everyone else, have been waiting for just such an event for almost two years now. But we are all learning that “topping” out is a process that can take much longer than anyone expects.

Just remember that it is the summer. Markets can be manipulated more than usual. We could see a 3-5% pullback in the stock market, while bond prices fall over interest rate concerns. Ignore this short-term jibber jabber. That’s just noise. Focus on the fact that the economy is growing, labor is gaining and wages are increasing. Have faith in Main Street, which is starting to recover.