In this era of tight credit, high-priced McMansions and rapid life-style changes, the American Housing Dream may no longer be defined as a three-bedroom homestead on half an acre. For many Americans of all ages, there is a movement afoot to downsize their living space dramatically. 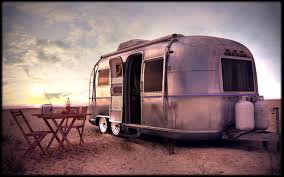 The typical American house is around 2,600 square feet. Until recently, builders were taking the “barbell approach” by building bigger and bigger homes at one extreme and smaller and smaller apartments on the other. This trend, I suspect, largely reflected the growing disparity towards higher income inequality in this country.   The rich builders reasoned, wanted and could afford the sprawling monstrosity with the private drive and manicured lawns, while the poor were happy to have a roof over their head.

But more and more Americans are “going tiny” for a variety of reasons. No question that buying a typical small house or even a trailer that measures 100-400 square feet is decidedly cheaper than a regular home. Most of us spend 1/3 to ½ of our income over a minimum of 15 years paying off the house. In contrast, over 68% of those who own tiny houses have no mortgage. As a result, over half of tiny house people accumulate more savings than other Americans.

Homes also require a lot of time and effort to maintain. It is one of the main reasons that retirees are “downsizing” but that is not the only reason. Aside from the on-going expense, environmental concerns, such as fuel consumption, also play a part in that decision. More than 80% of greenhouse gas emissions during a home’s 70-year life are attributed to electricity and fuel consumption. In addition, many Americans are going through life-style changes. More and more of us Baby Boomers are embracing the fact that we can live far more comfortably in a smaller place.

And it is not just the oldsters who are joining the tiny movement. The Millennial population, who are transitioning from cozy student housing and small apartments, do not have the ‘bigger is better’ expectations of their parents. Their preference is walkable convenience, smaller, more innovative abodes that allow for hi-tech convenience and less time and effort on the upkeep.

The younger folk want to ride or walk to work, be surrounded by shared amenities like fitness centers, a comfortable neighborhood and other amenities outside the home. It may be why only two out of every five tiny homeowners are over 50 years old. Tiny house owners are also twice as likely to have a master’s degree and earn a bit more than the average American.

In addition to tiny houses, some mobile entrepreneurs and millennials are choosing trailers as a viable alternative to tiny homes. Like many retired Baby Boomers, Millennials fashion themselves as footloose and free, able to work for themselves, whether in the high-tech world or in the service industry. To them, the RV is made to be moved, aerodynamic in form, much cheaper than a house, without the building codes, insurance and other legal stuff that conflicts with their lifestyle.

One popular made-in-America brand, Airstream, is the current rage of young entrepreneurs attracted to the retro-look and feel of the aluminum trailers. The company can’t keep up with the current demand. Recently Airstream partnered with the Columbus College of Art and Design to create a camper with a workspace and living area marketed toward 20-30 year olds whose jobs don’t tie them to a specific place. Airstream is currently evaluating the design for possible new product introductions.