On Thursday, all three U.S. benchmark averages—the S&P 500, NASDAQ and the Dow Jones Industrial Average—registered historical new highs on the same day. You don’t want to know what happened the last time this happened. 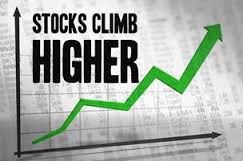 That was in 1999. The year after ushered in the Dotcom boom and bust where some averages lost 20-30% and sent the markets on a roller coaster that did not end until 2003. Am I saying that will happen again? No, but I am expecting a pull-back soon in all three averages.

It is not something that most investors need to worry about. As I mentioned in my last few columns, stocks are overbought and valuations are being stretched higher and higher. That is a typical occurrence in financial markets. Rarely do markets trade on par with what we call a “fair valuation.” Securities, for the most part, trade above or below their fair value all the time.

It is what causes rallies and followed by sell-offs, which is the very nature of the market. So far this year, we have had two sharp declines: in January and then again in February, followed by a rally that has now taken us up to new highs (without a significant decline). Okay, you might argue and say that the two-day, panic sell-off after Brexit qualified as a third. I won’t quibble with that, but it does not negate another decline sometime this month or possibly in September.

The point is that when it occurs (notice I did not say if), I would simply ride it out. We are in an election year and if history is any guide, no matter how sharp or severe the decline, chances are that by the end of the year the markets will still be positive. Remember too, that my own expectations were for a mid-single digit return from stocks in 2016. As of today, we have already reached my target.

There is nothing to say that the markets won’t go higher from here, because just about everyone is looking for a correction in August. That is understandable, given what happened on August 19th of last year. Remember the Dow down 1,000 points before the opening that day last summer?  How soon we forget.

But a sell-off now would be too easy. Markets usually do what is most inconvenient for the most number of investors. A more likely scenario is that we continue to grind higher. The S&P 500 Index breaks 2,200 on the upside. Stock chasers rush in to buy and push the averages up by another 20-30 points and then wham!

Could it happen that way? Possibly, but how it happens and when should matter little to you. Whatever downside we have will simply be a passing storm. The clouds will lift as the election approaches. If Hillary continues to maintain her lead in the polls, or widen it, then Wall Street will take heart and continue to support stocks. On the other hand, if Trump should regain momentum or even move back to even with Clinton, then we can expect more volatility all the way up to Election Day.

So those who want Trump in the White House could pay for that support via damage to their investment portfolios. Nonetheless, I expect that whoever wins what damage may occur to our investments will be short-lived. Americans are forever optimistic and within weeks, if not days after the election, we will see the markets rally on renewed hope of better days ahead.