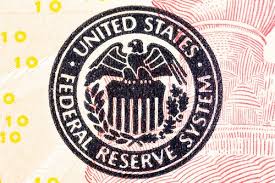 Traders thought it was a misprint. Economists, expecting as much as 160,000 job gains last month, sat back in stunned silence. The dollar dropped and gold rose. Given that only 38,000 jobs were added to the economy in May, their response was appropriate.

Although one number does not make a case for a weakening economy, it certainly will give the Federal Reserve Bank pause in planning their next interest rate hike. Janet Yellen, our central bank chief, has mentioned on several occasions that monthly gains of at least 100,000 jobs are needed to keep up with growth in the work-age population. The number puts in doubt any rate hike in June.

This was the largest miss, relative to expectations, in the job data since 2013. It was the weakest growth in the labor force in five years. Bulls quickly pointed out that the nation-wide Verizon strike (which ended on Wednesday) was responsible for 34,000 lost jobs and the mining and manufacturing sector accounted for another 36,000 jobs. Although the unemployment rate did drop to 4.7%, it was largely because more people simply dropped out of the labor force.

However, a number like that is sure to galvanize the presidential candidates, who will use the poor jobs report to bolster their arguments that a vote for them is a vote for more jobs. Only a few seconds after the released report, “The Donald” was quick to tweet “terrible jobs report just reported. Only 38,000 jobs added. Bombshell!”

And as economists, pundits and politicians spin the number, all of them will conveniently ignore that this data will be revised up or down three times or more before we actually get a final number. By then, of course, the herd will be on to the next new thing. You gotta love it!

The stock markets swooned in horror in reaction to the data. Everyone agreed (suddenly) that the Federal Reserve’s monetary policy has gone as far as it can in propping up the economy. They have a point. It is one of the reasons why I am somewhat indifferent to who actually lands in the White House—at least from an economic point of view.

Whoever wins will face one immutable fact. In order to return the U.S. economy to its former growth trajectory, fiscal spending will have to increase and increase substantially. The risk will be that inflation could jump as a result. So fiscal spending will need to be accompanied by a gradual rise in interest rates that will head off any precipitous rise in inflation.

There will need to be a coordinated effort by the new president, congress and the Fed to raise interest rates at the same time that spending increases. Readers need to ask themselves who has the temperament, financial understanding and political will to create and guide such a coalition?

As for the markets, we finally peeked over the 2,100 level on the S&P 500 Index, if only by a few points, on Thursday. However, Friday’s employment number cratered the bull’s efforts for further gains. We gave back a weeks’ worth of gains within the first two hours and as a result nothing had really changed.

The trading range is still the reality we are dealing with. Chances are, unless some new information comes to light, we can expect the markets to continue in a tight range until the middle of June when the Fed meets again. I’m betting there is a bit more upside to go. My advice is to enjoy the weather, turn off the television and check back in a week or two.