It appears that we have reached our bottom in the stock market. If I’m correct, investors can now look forward to not only recouping any losses incurred over the last three months, but possibly seeing minor gains in their portfolios by year-end. Wouldn’t that be nice? 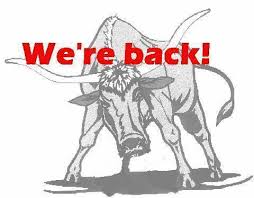 Although I was worried that we might have to re-test the August lows one last time before the middle of October, it does not appear to be the case. Instead, it looks like we are on our way to the old highs. It won’t be fast and it won’t happen in a straight line. You can expect more pullbacks as we struggle to climb what will be most likely be a wall of worry.

The prospect of slowing global growth, including within the United States, an increasingly uncertain political climate as election rhetoric heats up, the debt ceiling debate, the Fed rate hike risk and continued disappointment in corporate earnings, are just some of the concerns that keep investors up at night. Although I believe these worries are overblown and will prove more of a distraction than a reality, it will keep all of us on our toes.

The most concrete issue between now and the end of the year will be the health of our own economy. Markets have rallied over the past few weeks because a recent string of macroeconomic data points seems to indicate our economy has hit a speed bump. In this case, bad news is good news. As such, the Federal Reserve has postponed a rate hike until the data justifies an increase. That, in turn, was cause for celebration among investors who had feared a rate hike and thus a further slowing of the economy.

As for me, I am sticking to my January forecasts. Monetary stimulus worldwide by the majority of the globe’s central bankers will keep stock markets climbing, although as we have seen, not in a straight line; the more stimulus, the more gains. Here at home, I still expect only modest, single digit gains in the S&P 500 Index. This is largely due to our Fed’s change in policy from monetary expansion to a more neutral stance on money supply growth. Nonetheless, I still see gains from here.

It was one reason why, although I was expecting this recent sell-off, I made the decision to stay invested. I expected the markets to come back and the timing of getting out and then getting back in was just too uncertain. Consider the last three weeks. Who could have predicted that a weak jobs report two weeks ago would catapult the markets higher by 7%–certainly, not me?

China, which I like, is still a topic of concern to investors. This weekend we are expecting a slew of economic data out of that country including a gauge of Gross Domestic Product. Weaker data, however, may not lead to weaker markets, since bad news is good news in that country. Every negative data point will convince investors that the government there will need to stimulate monetary policy further, as it did in this country for several years. The same holds true for Europe. The ECB launched a stimulus program at the beginning of the year. Investors not only expect that to continue, but possibly be increased if economic data warrant it.

Technically, our market appears to be in good shape. We have breached the 2,020 level on the S&P 500 Index. If we can hold on to that level, the next stop should be 2,040-2,050. Earnings have been less than spectacular thus far but, as in every quarter, expectations have been ratcheted down far enough that most companies either are beating or matching earnings estimates. I know I sound like a broken record, but my advice is to stay invested and consider this as a consolidation year.