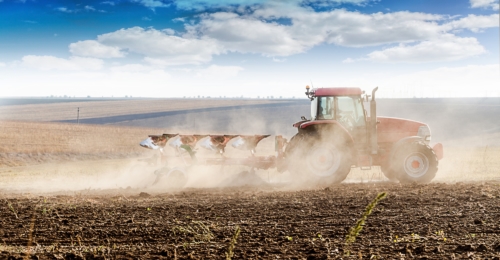 Rising prices at the gas pump, combined with soaring shopping bills at the supermarket, are having a noticeable impact on the consumer’s pocketbook. But what’s worse is that higher prices in oil beget higher prices in food in the future. Here’s why.

Historical economic studies tell us that energy prices have a significant impact on food prices, with 64.17% of changes in food prices explained by the movement of oil prices. But that only tells half the story. As energy prices climb, inputs to farm production are also impacted. Fertilizers, for example, account for between 33% to 44 % of operating costs. The production of fertilizer and its inputs (such as nitrogen, phosphate, and potash) requires substantial amounts of energy, which increase the selling costs to farmers. Fertilizer prices are now the highest in decades. To make matters worse, the prices of fertilizer inputs continue to see dramatic increases, rising as much as 18 to 26% during the last month alone.

Obviously, energy in the form of diesel, gasoline, and electricity is also a direct input cost to the agricultural sector. It is critical to running and maintaining the myriad machinery required to plant, grow, harvest, and transport food products to market.

In addition, the explosion of greenhouse growing of vegetables has also been hit hard by higher energy costs. That is no surprise, since this is an extremely energy-intensive area. And as energy prices continue to climb, more farmers have shut down their greenhouses, reducing crop production even further.

Higher energy prices have also prompted farmers to switch more of their fields from food production to making biofuels. As more and more acreage is switched to soybeans and corn (key inputs in biofuels), there is less acreage devoted to other crops. That leads to less supply and higher prices for everything from wheat to livestock feed.

The United Nations index of food costs has climbed by a third over the past year. This has led to a decade-high jump in global food prices at a time when the world is contending with its worst hunger crisis in 15 years. As readers may be aware, this energy/food issue is being aided and abetted by worker shortages, supply chain issues, and weather calamities such as flooding and drought. This is particularly bad news for poorer nations that are dependent on imports.

It is currently harder to buy food on the international market than in almost every year since 1961, which is when the UN record keeping began. The only exception was the period 1974-1975. That is no coincidence since the OPEC-driven oil price spike of 1973 spawned the rapid inflation that impacted food prices.

To give you an idea of how food stuffs are climbing throughout the globe, in September 2021 alone, the UN food index rose 1.2%. Grains jumped 2%, driven by wheat, which has been hit by drought in North America and Russia, the world’s largest producers. Sugar, a big Brazilian export, also saw big price gains. These price hikes are boosting import bills for buyers around the world. Competition for additional food supplies is also adding upward pressure to prices as well.

Most of us here in the United States are at least able to afford the twin increases in fuel and energy for now. However, there is a time lag between the recent price spikes in the oil and agricultural markets and how long it will take to filter through to grocery stores. In the meantime, keep an eye on the oil price as an indication of where your grocery bill will be going into the weeks and months ahead.