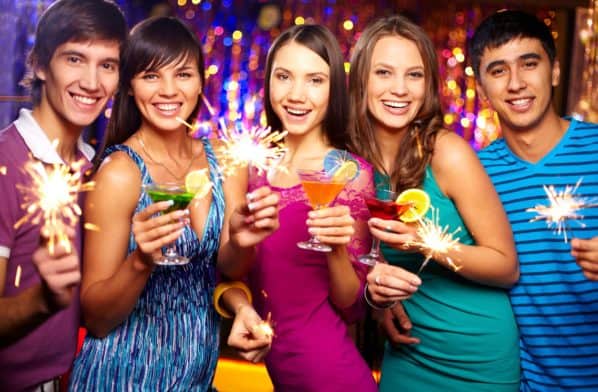 It was another up week for the stock market. As we hit record high after record high, investors want more and expect to get it. Forecasts are getting even rosier for this year and, if all goes well, we can expect the signing of the long-awaited Phase One China trade deal next week. What’s not to like?

Geopolitics for one thing. As I wrote last week, investors should expect a response after the killing of Iran’s number two guy, General Qasem Soleimani. I expressed hope that it would be sooner rather than later since the market hates the unknown. That turned out to be the case.

The Iranian response, however, was largely symbolic. Several rockets that did little damage and took no lives landed on two military bases in Iraq. Both sides then seemed to dial down the rhetoric and go back to their respective corners–until next time.

While the week saw some wild swings in the averages by Friday, it was on to the next thing. That turned out to be the non-farm payrolls report for December. Economists were expecting 160,000 job gains but received only 145,000 instead. Although that still keeps the unemployment rate at a fifty-year low of 3.5%, wage growth also disappointed. Average hourly earnings grew by 2.9%. That is the first time since 2018 that wage gains were below 3% on a year-over-year basis.

But nothing negative seems to stick to this market. Rockets, impeachment, weak manufacturing data, even the weak job numbers have, at most, provided small dips in stocks at best.  As I mentioned last week, the investor sentiment numbers have been flashing red signals. More and more market strategists are warning of an “imminent” decline of 5-10%, but few care.

Don’t think I am complaining. I enjoy a bull market as much as the next guy.  However, the underlying reasons for this uninterrupted march to the clouds may be somewhat troubling to ignorant folk like me. I don’t believe the tweets that take credit for all-time highs that are coming out of the White House. Nor would I believe that exercising military muscle against a tiny Middle Eastern country is all that bullish, except in the eyes of the “chosen few.” It is still all about the Fed, in my opinion.

In several columns last year, I wrote about the sizable sums of money that are being injected into  the nation’s repo market by the U.S. central bank. It started last year and was supposed to be a temporary measure. The argument was that corporations were facing a cash crunch and needed extra funds to pay quarter-end tax bills.  The quarter had come and gone and yet, by Christmas, the Fed had pumped almost $1 trillion into that market.

Dumping all this money into the market was like launching a stealth quantitative easing program (QE) that is almost as powerful as cutting interest rates one or two more times. I also predicted in December that the stock market would move higher as a result of an additional $255.95 billion that the Fed planned to dump into repos at year-end. However, that was supposed to be the end of this quiet QE exercise.

Guess what? The Fed injected even more money ($258.9 billion) into repos last Friday. No one actually knows why or what is going on at this stage. All the excuses the central bank has used to explain the market’s need for so much cash now sound shallow and certainly less than kosher.

I believe the end result has been that this money is being siphoned out of the repo market by enterprising financial institutions. It is then finding its way into the stock market where the arbitrage opportunities of borrowing at next to nothing and investing it in much higher rate of return stocks is going on at a furious rate.

The astute reader might ask, “what happens if and when the Fed stops injecting this money into the repo markets?”

Well, if I am right, we should get that 5-10% pullback everyone is expecting. The question is when does the Fed take away the punch ball?