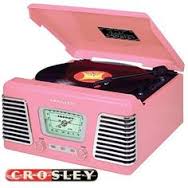 Investors have been waiting all year for that illusive interest rate hike promised by our central bank. September proved to be another false start. Once again, markets rallied on the news, the dollar fell, and investors were happy. So what’s new?

As we have written so many times in the past, investors and markets are fixated on a Fed rate hike. Now everyone’s attention is on December. Janet Yellen, the Fed chieftain, indicated that she could see at least one rate hike this year—if the data warrants it. The problem is the economic numbers are, at best, inconclusive.

Even the central bank, in this last go-around at the FOMC, lowered their forecast for the future, long-term, growth rate of the U.S. economy. Back in 2011, they forecasted a 2.5% growth rate. Then they lowered it to 2% in June and now they see no more than 1.8%. That sure doesn’t sound like we are going in the right direction.

Furthermore, the Fed’s inflation target, which is slightly above 2%, has been stuck below that number for years and it does not appear that it will climb anytime soon. You might ask if inflation is contained and economic growth is slowing, why in the world would the Fed raise rates.

The only bright stop seems to be the employment gains we have experienced in the last few years. Even in that area, there has been some dissatisfaction with the quality of jobs the economy has been generating. The number of workers who are either underemployed or have given up looking for a job altogether skew the statistics. The only reason I can see for the Fed to raise rates is to answer Wall Street’s demand for a return to “normalization.”

That’s financial speak for getting the Fed out of the financial markets. Free marketers want the Fed to return to the days when they were not trying to support stocks, bonds, and even commodities as well as overseas markets. I truly doubt the Fed was ever that hands-off when it came to control, but they have been more heavy-handed in their approach to the markets since 2009 and with good cause.

As I have written many times before, the unprecedented lack of any kind of fiscal stimulus out of Washington has resulted in the failure of the U.S. economy to gain any momentum. The Fed knows that and the market knows that. But we all choose to blame the Fed instead.

In the meantime, we are dancing to the same old song. Fed members say “maybe” and the market swoons, followed by no rate cut and the market rallies. Equities remain the only game in town. It’s simple: the S&P 500 Index is yielding 3% while the ten-year U.S. Treasury note is giving you less than 2%. Investors will go where they get the most return.

It also means that volatility will continue. It is why I am advising you to hang in there and ignore the ups and downs. A week ago (before the Fed decision), the markets were prepared for further downside. Today, we are once again approaching the highs of the year–until we hear from the next hawkish Fed member. But remember, a rate hike will be data dependent. It doesn’t matter what one or another Fed member might think, so try and ignore the chatter.

Monday night we will also be treated to the first presidential debate. I am sure that will impact the markets, unless the event is a wash out for both sides. Since we are approaching the final lap in that race, the polls will be monitored daily. If Clinton’s lead over Trump narrows as a result, expect a tantrum from the market. And so it goes.

Are financial questions keeping you up at night? Financial Advisors Holly Simeone, CES™ and Lauren Russo, CEPA, FPQP™, CVB, together with Paraplanner Angela Elzner, FPQP™, invite you to invest in your financial health by joining them during Open...
Your elderly dog has arthritis. His breathing is difficult. He needs assistance to get up, and his bladder is failing. The vet bills are far higher than your own, and it is getting more difficult to pay them....
To Our Family of Clients, Last year felt like it would never end. It wasn’t as bad as 2020, but we still felt the weight of the COVID-19 pandemic. In contrast, 2022 felt like a blur. This was...