If you think the human factor is rapidly disappearing from the workplace, you may be surprised to know that Skynet has arrived and even C-3PO and R2-D2 are being left behind. Nowhere is this change more apparent than in the nation’s banking system. 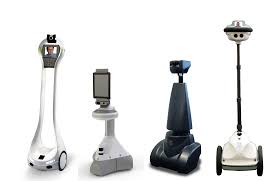 Automation, robots and artificial intelligence is on the rise. At the forefront of this change is the nation’s banking system. One of the reasons I know this is because my sister, Cassie, is in the banking industry. No, she is not in the corner office or hanging out in the executive suites. Since 1965, she has worked as a teller and other front office jobs in her bank’s branch offices. She knows the business from soup to nuts and regularly interfaces with her bank’s retail clientele.

“Fortunately, I’m fairly senior, otherwise, I would have been phased out a long, long time ago,” she says, “Tellers and practically any other jobs performed by humans today will be phased out in this business.”

What is driving this change is the opportunity for the nation’s banking system to reduce costs and at the same time (hopefully) improve the customer experience. Although robots and automation have long been a factor in the nation’s factories and even in areas such as space exploration and other dangerous or difficult environments, the promise of more advances in intelligent robots and artificial intelligence has not kept pace with expectations—until recently.

Breakthroughs in information processing and digital sensors, among other technologies, have vastly improved the capabilities and future potential of intelligent robots. That’s not to say that you can expect robots in human form greeting you at your local bank door anytime soon. The frontline benefits thus far have been in automating processes where human error is high due to high volumes of repetitive transactions.

Speed, accuracy and the efficient handling of large volumes in areas like the processing of thousands of checks and ATM transactions on a daily basis is where robots and automation comes into its own. As time goes by, experts say that banking jobs that could be most susceptible to this wave of change are tellers, loan officers, mortgage brokers, insurance claims and underwriters as well as claims adjusters, bookkeepers, tax preparers and accounting clerks.

“Knowing bank culture as I do,” says my sister, “makes me believe that some functions, like loaning money to customers, for example, will remain in the human domain.”

That may be so but replacing humans with robots, even in the front office has already started. At the flagship center of one of the Japan’s largest banks, a customer service humanoid robot was introduced in April. The robot, developed by a French company, speaks 19 languages, employs various gestures, and analyzes facial expressions and behavior. It can and does deliver appropriate responses to typical client questions that a human receptionist would field.

In the U.S., two robots were introduced to local branches of Sterling Bank & Trust in the Los Angeles area. They are test models undergoing “training” as greeters. They also amuse customers by dancing, showing off some martial art moves and handing out banker’s business cards to the delight of the banks customers. In areas such as wealth management investors can already opt to invest in robo-portfolios where software programs devise and invest money for reduced fees.

For Generation X and Millennials, who already do much of their banking via computer or mobile device, the age of robots may seem a logical and overdue development. For those of us who are still balancing our check books by hand, however, the era of robots in banking may be a bit of a jolt.