Recent evidence seems to indicate that stock market investors are not as enamored with Mitt Romney and the GOP as one would believe. The averages have now fallen below last month’s “QE Infinity” announcement and risk falling further. This is why. 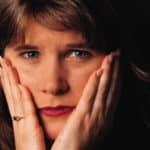 Up until the first presidential debate, President Obama was widening the gap between Romney and himself in the polls, especially in the swing states needed to win the election. Since then, Mitt Romney (the perceived debate winner) has narrowed that margin until once again both men are in a dead heat.

“But that should be good for the markets,” protested a client from Bennington, Vt. this week.

Obviously, he did not read my column last month where I pointed out that markets and the economy do better under Democrats than Republicans according to historical data. But in this election there is even more at stake.

I believe that investors are afraid that one of the first things Romney would do if elected is fire Ben Bernanke, Chairman of the Federal Reserve Bank. In addition, pressured by a Republican House and possibly Senate, he would overturn the recent quantitative easing program that the Fed announced in September. Those actions, so the story goes, coupled with the austerity policies of the GOP, would spell real trouble for the stock market and the economy in the short term.

I have tried to point out that reality and rhetoric do not mix well in a presidential campaign. What a candidate promises or intends to do on day one or two if elected, somehow always ends up being postponed or forgotten especially when the new president is faced with hard reality. Nonetheless, investors would rather sell on the rumor or, in this case, the fears of a Romney win.

So how reasonable is that strategy?  Not very, in my opinion since it would be extremely chancy for Mitt Romney to turn around and revoke the QE Infinity program. As a newly-elected president, he could replace Bernanke, but he doesn’t have the power to revoke QE since the Fed’s decisions are supposed to be independent of the political process.

Of course, Romney could instruct a new Fed chief to squash the program, but why do that? What’s done is done. Romney, like Obama, knows the economy is in poor shape. If the present QE program works, Romney can claim credit for it. If it doesn’t, he can always blame it on his predecessor. There is simply no political or economic advantage to revoking this stimulus program.

In the meantime, the S&P 500 Index is hovering around a key support level. Given the actions of the markets over the past few months, I would guess that the index would break that support, cause a flurry of panic selling and then reverse to the upside, most likely on the back of new polls, indicating a new advantage for the incumbent.

I find it amusing that Wall Street, which has been on an anti-Obama tear for the last three years, has suddenly realized that he may be their best chance of keeping us out of another recession and possibly avoiding a big sell-off in the markets.  Go figure.