Investors are scratching their heads in confusion. How can U.S. stocks, bonds, commodities and the dollar all go up at the same time? It flies in the face of historical relationships that have been around for years. Thank the central banks of the world for the present situation. 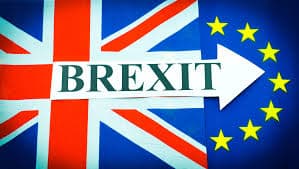 It all comes down to negative interest rates. This year, both European and Japanese central banks have instituted this tactic in an effort to jump-start their economies, weaken their currencies, and offer lending institutions a disincentive to hoarding cash, rather than lend it out. So far, this strategy has had dismal results.

Foreign institutions have flocked to the American financial markets where in our bond market, for example, they can still get 1.6% on a ten-year U.S. Treasury Note, while in Germany or Japan, the same instrument is yielding below 0%. As a result, U.S. interest rates continue to drop and bond prices rise.

But that’s not all. In the U.S. stock market the dividend yield on the S&P 500 Index is still 2.5%. To foreigners, that’s a great deal and even bigger excuse to buy up American stocks. At the same time, commodities, which are priced in U.S. dollars, are also attractive. Traders reason that if this whole negative interest rate thing ends up as a trigger for higher inflation, then what better place to be than in dollar-denominated commodities like gold, silver, etc. And so it goes.

The last two weeks in June is going to be important for global markets. Next Wednesday the Fed meets again to decide whether or not to hike interest rates. After last week’s dismal employment gains, the betting is that the Fed will hold off until at least July or September (if then) before raising rates again.

A week later, on June 23rd, the United Kingdom will decide to either remain within the European Union, or exit, going it alone. Those in favor of a “Brexit” point to Switzerland as an example of what could happen to the UK as an economically-independent country.  The Swiss never became members of the EU. Their economy has been doing just fine and its currency, the Swiss Franc, is considered the safe-haven currency of Europe.

Readers should recall that the UK never accepted the Euro as their currency and has remained currency-independent for the last twenty years. Granted the tiny Swiss economy is not a fair comparison with the UK powerhouse, which is the second-largest member of the EU after Germany. As of the end of this week, the odds on a yes vote were 55%, while those who wanted to stay with the EU were only 45% of the populace.  It is one reason the markets were down on Friday.

Sentiment among investors indicates that a “no exit” vote would be positive for markets, while the opposite would have a dire effect on both the UK and European markets. There could be a rush into gold, the dollar and even the U.S. stock market as a result.

In any case, I believe the U.S. markets have a chance of breaking through the old highs and making a minor new high this month. After that, we are probably due for a pullback because nothing goes straight up forever.