Stock market averages made another batch of new highs this week only to fall back in what may be buyer exhaustion. If the trend continues, investors may be looking at a 4-5% decline from here. 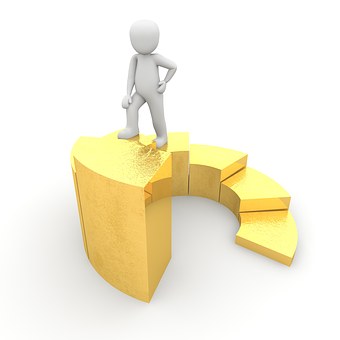 It is too early to tell, because one day does not make a trend. We could easily experience a rebound next week, but I would still consider the present levels of most indexes ripe for a fall. My column last week pointed out that we are now in a “danger zone.” Sure, the markets could continue to grind higher but every additional point just sets us up for an overdue correction.

Since all eyes and ears are on Washington, progress on President Trump’s agenda is dictating where the markets will trade. Every television appearance and tweet by President Trump simply adds to investor expectations. At this point, investors expect that tax cuts, a wholesale revamp of rules and regulations, plus a multi-trillion dollar infrastructure spending plan is just around the corner. It is not.

For those of us who understand the pace of reform in the nation’s capital, it would be best to take a longer-term approach to Trump’s agenda. It appears, for example, that health care will be the first area our legislatures will be addressing this year. That does not mean that one day soon Congress will vote on a soup-to-nuts replacement of the Affordable Care Act.

Instead, expect to see a flurry of piece meal changes over the course of many months. Lawmakers will attempt to address the failings of the present health system without disrupting those who are already members of the Obamacare insurance scheme.   That will not be an easy task.

Steve Mnuchin, the new Secretary of the Treasury, tempered investors’ expectations this week that tax reform would also be a done deal any day now. Instead, he promised “significant” tax reform before the Congressional August recess. In my opinion, that is still a wildly optimistic deadline for something that has been talked about, but not acted upon, for many years.  And yet, naïve investors were disappointed by the new time frame.

Prospects for infrastructure spending, another of the president’s policy initiatives, appears to be fading into sometime next year. That is understandable, given the need to balance the desire to get Americans back to work again with the impact that spending will have on an already-bloated deficit.

Of course the problem with that kind of disappointing news is investors have already bid up material, commodity and building stocks to outrageous price levels over the past two months. Given that market participants today are notoriously short-term in outlook, there is a risk that speculators will dump these stocks now and revisit them later (hopefully at a lower price).

And if they do, what’s to stop traders from taking down the entire market simply because there may be a time delay between investor expectations and the implementation of Trump’s agenda? You can see the risk, and it is one reason that I have turned cautious in the short-term.

Do I believe, like some, that Donald Trump won’t be able to pull off his program? No, I don’t, but I am realistic about the time required to accomplish his goals. There may simply be a disconnect between what investors are expecting and what I believe can be accomplished in the short-term.