So far, the political tension between the United States and North Korea has been confined to a war of words and not much else. This week’s verbal threats and counter-threats, however, reached a new level. What might that mean for the financial markets? 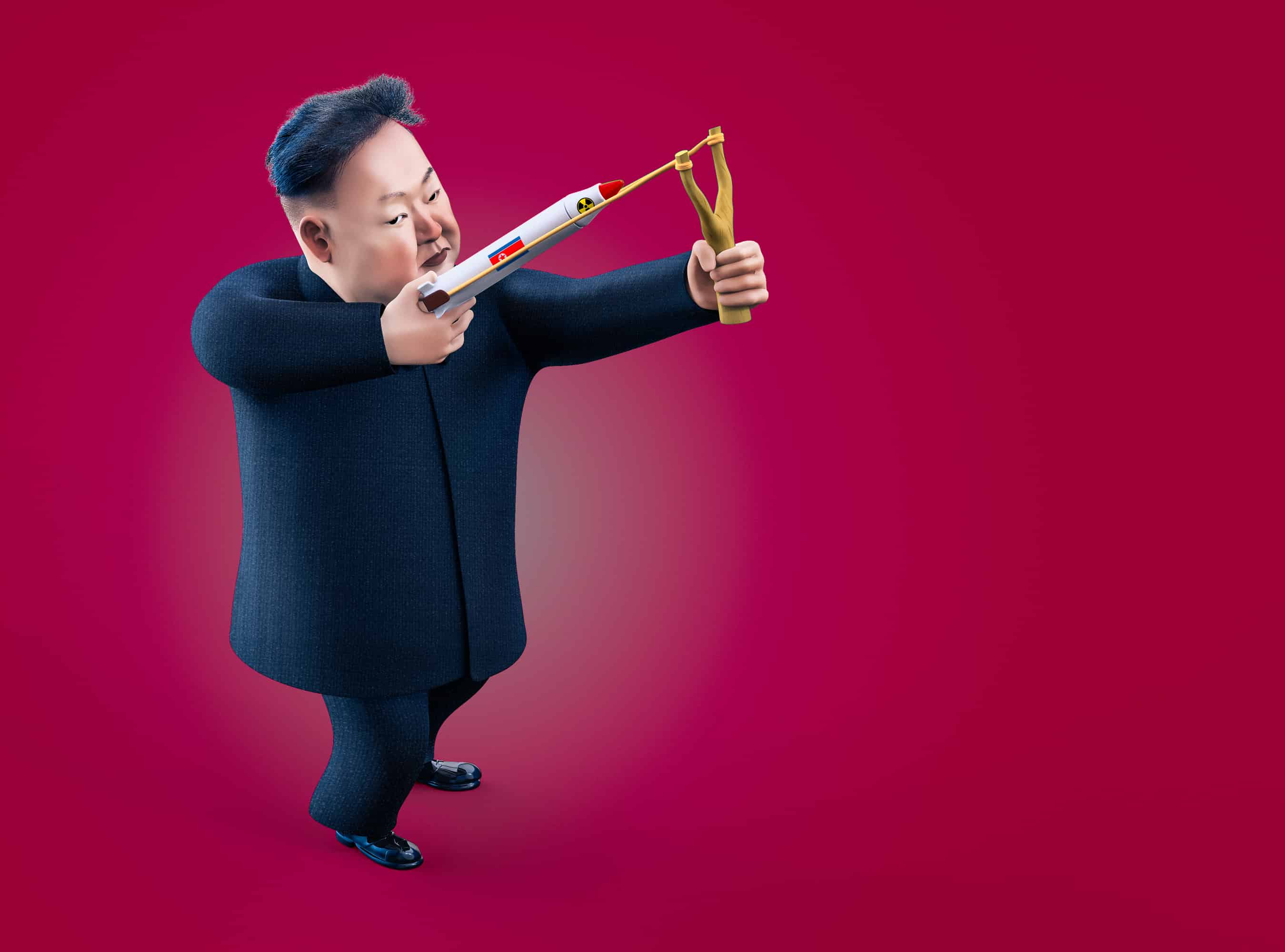 One could argue that North Korean dictator Kim Jong Un has had it in for the United States and for Donald Trump, in particular. North Korea has fired off 18 missiles in 12 tests since February, 2017. On July 4, he fired North Korea’s first Intercontinental Ballistic Missile (ICBM), which they claim could “reach anywhere in the world.” This was no accident.

Less than six years into his reign, Un has tested more missiles than his father and grandfather combined. Most experts believe that the goal of North Korea’s missile program is to develop a missile topped with a nuclear warhead that is capable of reaching the United States. This week we discovered that this rogue nation is one step closer to that goal.

U.S. intelligence analysts revealed that they believe North Korea is capable of producing a miniaturized nuclear warhead that could be placed on their newly-operational ICBMs. In response, President Trump threatened “fire and fury like the world has never seen” if they continue to make threats against us.

Kim Jong Un immediately called the President’s bluff by announcing an operational plan to strike areas around the U.S. territory of Guam in the South Pacific, including the Anderson Air Force base. The statement also said that “a preemptive strike is no longer the monopoly of the United States.” So why Guam?

Guam is a strategic military outpost and home to nuclear-equipped aircraft that can strike North Korea in a heartbeat. Just this week, President Trump ordered two U.S. B1 bombers stationed on Guam, to “fly over” the Korean Peninsula in a show of force. Thus, the logical and predictable response was for Un to remind us that Guam is well within the range of his country’s arsenal.

Japan and South Korea responded with their own warnings. North Korea would face a “strong response” if they carried out their plans to fire four missiles at the U.S. territory. On Thursday, North Korea said it could fire those missiles “within days.”

While so many dismiss Un as simply a madman, who is hell-bent on playing the hero to his long-suffering people, I see a method in his madness. While some say that Un’s missile madness started with Trump, it also coincided with a period of political upheaval in South Korea. After nine years of U.S.-backed, conservative rule, the presidential election was won by left-leaning Moon Jae-in.  Was it a coincidence that while North Korean missiles flew overhead, Moon Jae-in ran and won on a ticket of jobs for youths and anti-conglomerates policies, while promising to renew talks with its northern neighbor.

Remember too, that after the “Korean Conflict,” a 1953 truce was signed (but not a peace treaty). That means that both countries have been operating under a cease-fire armistice for decades. The U.S. and the South Korean government have never recognized a “two Koreas” policy. Instead, they have pursued a policy of “reunification” something the North Koreans completely reject.

At the same time, China and to a lesser extent Russia, has had no interest in a unified Democratic Korea, which is our long-stated goal. Why would either nation agree to a pro-democratic, U.S. ally on their borders? Instead, they have used the tiny nation on its doorstep as a buffer on their own borders and to provide an on-going thorn in the side of the U.S. and its Asian allies. None of this has been lost on Kim Jong-Un.

Ever since Bill Clinton was in the White House, the U.S. has practiced a policy of “Strategic Patience” in dealing with North Korea. Un and his father and grandfather long ago realized that our highly publicized (but easily circumvented) trade and financial restrictions and arms embargos would do nothing to slow down North Korea’s race to develop a nuclear arms capability and a means to deliver it to our shores. From North Korea’s point of view, they are simply preparing for the day when the truce is torn up and fighting begins anew. Now, North Korea is within arm’s reach of its nuclear goal.

If you have ever been on the Korean DMZ (as I have), you would realize that our policies and theirs have created two armed camps, bristling with every weapon imaginable. Seoul is just 35 miles away from the DMZ. The two capitals are 120 miles apart (almost half the distance between New York and Boston). A war between the two amounts to mutually assured destruction.

For Un, there is no turning back, in my opinion, so the ball is in our court. It places us between a rock and a hard place. A military solution, although unthinkable, would clearly be won by the U.S. It would be fought in Southeast Asia. As such, South Korea and Japan would be in harm’s way. Before the smoke (or mushroom cloud) cleared, I imagine the death toll would be in the millions. The global devastation in economic terms would require decades to repair and an entire generation of retirement savings would go up in smoke.

Before his departure, President Obama told our in-coming chief that North Korea was our worst and most imminent problem. He was right. Clearly, strategic patience was and is the wrong approach, but so is military might and bombast. No matter what we do, North Korea will establish a nuclear capability (if they haven’t already). That horse has left the barn.

My suggestion is to go back to the beginning. If we want peace in North Korea, sign a peace treaty, recognize the right of both North and South Korea to be independent nations. The Cold War ended years ago so why are we still fighting it in North Korea?