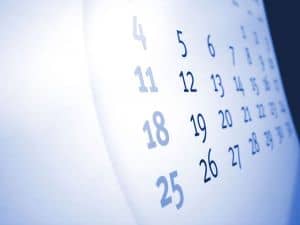 Now that the Santa Claus rally has come and gone, many investors are anticipating up markets for the rest of this month. That may not be a sure bet.

Historically, January has been a good month for stocks.   It is a time when new money supposedly floods into the stock market, pushing the averages up. That fuels investors’ excitement. They begin to anticipate a big up year. Some say that if the Dow Jones Industrial Average is higher after the first five days in January, then the month will be positive and if the month finishes on an up note, so too will the year.

The S&P 500 Index has been up 12 of the last 20 Januarys, so statistically the odds are in our favor but not by that much. Last year, investors believed that the market’s big gains (up 30% in 2013) added weight to those probabilities. Whenever that has occurred in the past (75% of the time since 1928), the next year’s January gained on average 2.4%. The S&P 500 Index lost 2.6% last January, which meant that the year would be down also. Well, the statistics were wrong. Once again the historical data didn’t help much since the markets finished up 11% in 2014. Could the same thing happen this year, absolutely!

I’d say we have an even chance of finishing January on a positive note. From a technical point of view, we are entering the year in overbought conditions. As you are aware, the markets can remain in that condition longer than you or I can remain solvent, so, although technical analysis is helpful, it is not conclusive.

Are there issues that might provide fundamental headwinds or tailwinds to the market this month? Well, there are events in Europe that might upset the applecart. Investors are expecting the European Central Bank to finally launch a full-fledged U.S.-style quantitative easing program. That is supposed to happen next week. The ECB has been long on talking but so far short on action. If the ECB lives up to its words, the markets should rally.

But at the same time, Greece failed to elect a president this week, which means that a new national election must be held at the end of January. The opposition party that is leading in the polls wants to jettison the EU-sponsored austerity program. The ramifications of that action would certainly not be taken well by global investors.

Unfortunately, we have no idea how this is going to play out this month. However, given the price appreciation in European stocks in anticipation of a positive outcome, you could see a typical “sell on the news” event unfold. In either case, I suspect volatility will increase.

Volatility overall has been quite low in 2013-2014. It is time to examine your investments with an eye to your risk profile. I have noticed what I call “risk creep” over the past year or so among many investors. As the markets climbed, so did their level of risk.

If in the coming year you are not comfortable sustaining temporary swings of 8-12% in your portfolio (due to renewed market volatility), then you might want to dial back your exposure, from aggressive to moderate, or moderate to conservative. Everyone has a different risk tolerance, so it is your choice. Happy New Year to all my readers and have a prosperous 2015.

Your elderly dog has arthritis. His breathing is difficult. He needs assistance to get up, and his bladder is failing. The vet bills are far higher than your own, and it is getting more difficult to pay them....
Nurses and other healthcare professionals in the Berkshires and across the United States find themselves in a unique retirement situation: the 403(b) offered by their employer can be stewarded by the financial management firm of their choosing...
Spam emails, texts, and calls – we all get them. The offerings are usually too good to be true: a free cruise, an inheritance from a long-lost aunt, a free iPhone. Who wouldn’t want to be the lucky...