The stock market gains once again confounded the bears this week. It wasn’t much of a gain, a mere point or two on the S&P 500, but a gain is a gain. Now we are in March and the rally is getting a bit long in the tooth. 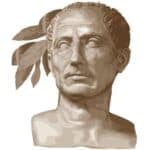 Since the beginning of January, we have enjoyed the best two month rally in stock market history. The averages are already above the consensus forecasts for how much the market will gain this year. To date, we have enjoyed 41 trading days without a 1 percent decline. That has occurred 11 times in the last 84 years. Ten of those years the S&P 500 finished higher, giving bulls the conviction that what is happening now is a sign of lasting strength.

If one searches for an explanation behind this remarkable levitation of the averages, the two underlying engines for this rally are the U.S. Federal Reserve Bank’s easy monetary policy specifically, their promise to keep interest rates low until 2014. In addiction, the EU and its central bank have also followed our lead by launching two tranches of their own long term refinancing operation.

Just this week, European banks were invited to borrow once again at exceptionally low rates for a three-year period. Euro banks borrowed even more of this easy money than they did the last time. And like our own banks, Europe’s financial institutions have no intention of lending it out. They are instead (you guessed it) buying up stocks and bonds at low prices in distressed markets like Italy and Spain                                     and making a killing.

So the cycle continues. Governments are printing money and lending it to financial institutions, which are borrowing it hand over fist to speculate in the stock, bond and commodity markets. As long as institutions and governments want to play that game, the markets will rise and it doesn’t matter all that much what price/earnings are, or how far out of sync fundamentals become–until it does.

Take the min-rout in U.S. Treasury bond futures, gold and silver this week for example. Investors were astonished as the “super-safe” yields of the 10-year Treasury bond futures spiked to 1.99% from 1.93% in minutes.   At the same time, gold dropped over $100/ounce while silver fell more than that (in percentage terms) on Wednesday. At first traders thought the prices they were seeing was a computer glitch. Not so, by the end of the day gold was down 4.3% ($77.10/oz), which made it the fourth largest decline in gold’s history. Silver fell 6.9%.

The decline occurred because Federal Reserve Chairman Ben Bernanke, in his testimony before Congress this week, failed to emphasize the need for another round of quantitative easing. That’s right; billions were lost in minutes based on the words of one man who simply focused on other topics during his speech. That would make my hair curl (if I had any) and puts me on guard.

It tells me that these markets are priced for perfection. If traders could trash the Treasury and precious metals markets in a mere minute or two, just think of what they could do if the slightest bit of bad news hit the stock market.

All indications are stocks want to climb higher, at least in the very short run. As we enter the month of March, I can’t help remembering that the late, great Julius Caesar met his demise during the Ides of March, around the middle of this month. I wouldn’t be surprised if sometime soon the markets had their own confrontation around that auspicious date.