It was one of those weeks that would have been well spent on the beach. The weather was nice, the water warm, and the stock market went nowhere. Welcome to the dog days of summer. 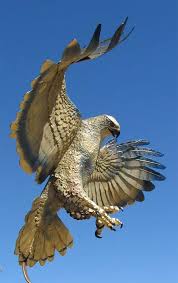 Actually, I did spend most of the week visiting with clients on Cape Cod. Most of the discussion centered on politics and who would win the general election. What would his or her presidency mean for the markets? No one knew or even cared that Federal Reserve Chairwoman was giving a speech in Jackson Hole, Wyoming on Friday.

Every year since 1978, the Federal Reserve Bank of Kansas City sponsors a symposium on important economic issues facing the U.S. and world economics at the foot of the Tetons in Wyoming. Movers and shakers gather together to discuss currencies, interest rates and other financial topics for three days.

This year, Fed Chairwoman Janet Yellen lectured on the Federal Reserve’s Monetary Policy Toolkit. Despite the esoteric nature of the subject, investors and the financial media had been pounding the table all week trying to increase the drama on how important her speech “could” be to financial markets. Well, what else would you expect from those who have to make a living in the financial markets every day despite a slow market week in August?

Yellen did say that the U.S. Economy continues to expand, and that the country has reached full employment. She also said that the case for raising interest rates has strengthened in the last several months. All of the above was deemed “hawkish” by the markets. That should have sent markets down right away on Friday.

But investors chose to ignore those comments and instead latch on to one sentence she uttered in talking about the Fed’s future toolkit to combat the next recession.

“Future policy makers may wish to explore the possibility of purchasing a broader range of assets.”

Markets rejoiced at those words and bid up prices of stocks, bonds, gold, oil and other commodities. The Dow jumped triple digits. About the only thing that didn’t go up was the U.S. dollar. Would it be too much to say that this knee-jerk reaction to a theoretical comment about combatting a future recession was somewhat irrational? Once again, what else would you expect on a Friday in late August?

The euphoria didn’t last long however. Two Fed Presidents, James Bullard and Dennis Lockhart, followed up Yellen’s speech by stating that September might be a good time to raise interest rates and maybe another hike before year end as well, if the data supported it. .Those comments sent the market into a swoon.

As for me, my target was 2,200 on the S&P 500 Index. If for no other reason than it is one of those round numbers that attracts traders like steel filings to a magnet. We came close—2,193 on Tuesday. Could it continue higher from there? Sure; although this rally is getting long in the tooth and a nice, short, sharp pull back could set us up for even further gains this fall and winter.

Remember too, that the S&P 500 Index is only up 6 percent or so thus far in 2016. That’s in line with the historical annual average one can expect from the equity market. A possible decline in September/October could easily erase those gains. That would set us up for a bounce back by the end of the year, leaving us about where we are today.