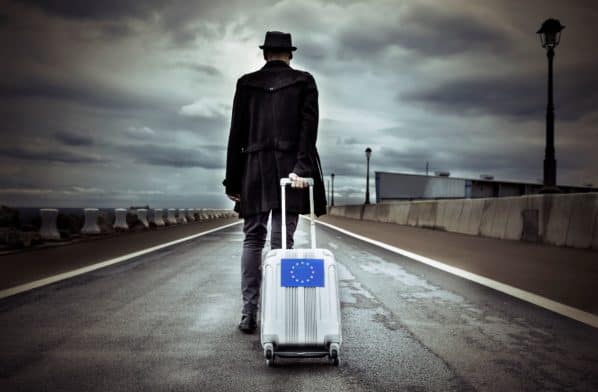 Americans have been moving from high tax states to lower tax states for decades. Climate, cheaper housing prices, less congestion, and jobs are some of the reasons behind such moves. That trend, however, has added taxes to that list, thanks to the Tax Cuts and Jobs Act of 2017.

Many of those reasons for moving have been with us ever since Horace Greeley, the American author and newspaper man, reportedly first advised America’s youth to “Go west.” Back in 19th Century America, the country had embraced the concept of “Manifest Destiny.” The Greeley’s of the world had argued that it was inevitable, justified, and our God-given right to expand throughout the continent. That turned out to be good for the white guys but bad for the Indians, but that’s a different story.

Today, I would amend that saying to include the South and any other state where there are lower, or no state income taxes. In truth, most state residents are concerned about their total tax burden—property taxes, incomes taxes, and sales and excise taxes. But over the last two years, many of those who have moved have done so based on the changes in the Federal tax code.

The 2017 federal tax law, which President Trump signed after a party-line vote in Congress, limited to $10,000 the state and local tax payments that families can write off on their federal income taxes if they itemize deductions.

The impact was devastating to those taxpayers in income tax states that were singled out by the Republican-controlled Congress. For many lower-income or retired families, it was the straw that broke the camel’s bank. Those who live in New York state, for example, found that they were now paying two-and-a-half-times the tax burden of their counterparts in Alaska. As a result, a great migration appears to be gathering steam. The top states Americans are fleeing from include New Jersey, New York, Illinois, Connecticut, California and others.

Those states which are “benefiting” from this trend include Florida, Texas, New Mexico, North and South Carolina, Washington, and Arizona, among others. If you look at the total tax burden (as opposed to just the state income tax), Americans are still clearly being driven by the overall tax burdens. The average state tax burden of the inbound migration states totals 7.88% compared to 9.55% for the top ten outbound states.

As we enter 2020, the migration continues unabated. Conservatives are crowing over the trend, while liberals believe they have been singled out for retribution by the GOP and the president. They complain that it is no longer a country of the people, by the people, and for the people unless you are a Trump supporter. As blue states struggle with maintaining services for their enormous population centers, more and more middle and lower-income families have had enough. And that’s the rub.

Take me, solidly middle-class. I moved from a higher tax state (New York) to a lower tax state (Massachusetts).  Granted, Massachusetts taxes are not much lower, but it did make a difference, especially when it came to state and local property taxes. And given that mortgage tax deductions are now capped, I decided not to take out a mortgage on my new condo. Bottom line: I reduced my overall tax burden considerably. It was a win-win for me, but not so much for Massachusetts.

I am in my seventies, and since moving, my health has deteriorated. Over the last five years, my hospital visits have been numerous. As you might imagine, my overall medical expenses have gone up, but the costs to my new state Medicare department have skyrocketed because of me. In addition, I am enjoying all the benefits the state offers in infrastructure, elder care centers, discounts, etc. and pay relatively little back in taxes. And because I downsized when I moved, I no longer pay much in property taxes because my condo is much smaller than the house I sold in New York. Good for me, but not so good for Massachusetts.

How many other migrants are like me? We already know that many who are moving are retirees or the elderly (think Florida and the Carolinas), who no longer pay much in income taxes anyway. Like me, they are also more likely to buy something much smaller, or may even decide to rent. You can bet, as they get older, they too will be consuming a larger and larger share of these low-tax states’ goods and services. And since most of them are coming from Blue states, they will be bringing their high-brow, liberal political thinking with them.

There might come a time in the not-too-distant future where some of these inbound states will not only be forced to raise taxes just to keep up with all this new demand for governmental services, but may even need to legislate their own state income tax.

Texas, a traditionally conservative “red” state, with no income tax, is a good example of what might be in store for other historically political and fiscally conservative states. Californians have flocked to this great state over the years. However, that is not the entire picture. Property taxes have been the answer for local politicians in their battle to juggle services, an expanding population, and growth.

Today, Texas ranks among the states with the highest share of taxpayers who pay more than $10,000 in property taxes, according to the National Association of Home Builders. At the same time, thanks to all those old hippies from California, Dallas is now a “Blue” city. Texas old-timers are complaining that liberals are now making inroads and gaining more political influence in other metropolitan areas. The moral of this tale is to be careful what you legislate. It could turn out that when all is said and done the politicians may have shot themselves in the foot once again.