It has only been a week since the last Fed meeting. Yet several members of the central bank are already contradicting the message their leader, Federal Reserve Bank Chairwoman Janet Yellen, delivered to the markets. 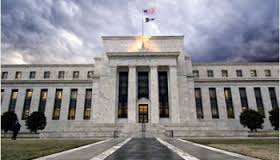 Yellen’s statements last week led markets to believe that the Fed was going to go slower than expected in considering when and how much to raise rates this year. Although she once again stressed that the Fed’s action would be date dependent, the markets interpreted her comments as extremely dovish. Fed Heads immediately predicted that the central bank might only raise rates twice this year (as opposed to four times).

“We should consider raising rates in April,” said Bullard. Harker chimed in with “there is a strong case that we need to continue to raise rates” while Evans said that two rate hikes were in the cards unless economic data came in stronger than expected.

Their words immediately reigned in the market. The averages first hesitated as the confusion mounted and then everything reversed. Stocks gave up most of the gains made since last week’s Fed meeting. The dollar gained ground against global currencies and oil, just hitting a high for the year, fell almost 5% in two days.

Remember that high frequency traders and their trusty algo computers monitor every word uttered by Fed officials. Any language like “hike” or “raise” interest rates coming out of the mouth of a Fed official automatically triggers sell programs in thousands of mindless computers. The rest is history.

Now it doesn’t help that we happen to be in a holiday-shortened trading week. Friday the markets are closed and many traders took off most of this week. When volumes are low, prices can be driven lower with little effort. I suspect that had a lot to do with this week’s losses.

While the Fed’s next move may be of concern to the markets, what I am watching is the price of oil. I still believe that where oil goes, so goes the market. It is no coincidence that oil and the stock market reversed course and rallied strongly over the past five weeks. If oil is simply pulling back (as it should) after a strong run, than stocks have nothing to worry about. A moderate pullback in prices is overdue in any case.

If, on the other hand, oil decides to re-test its lows, I believe it will take the stock market down with it. In which case, we could see another big downdraft in the markets. There is no evidence that is about to happen and April is usually a benign month for markets. That said, I will be monitoring the oil price closely in the days ahead as should you. Have a happy holiday.