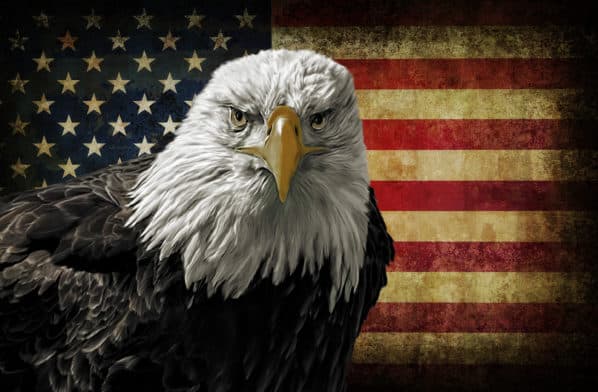 Last weekend’s surprise drone attack on Saudi Arabia’s major oil fields was a disaster, but it could have been worse. Fifty years ago, an attack like that would have sent the world’s financial markets into a tailspin and rocked global economies. None of that happened–thanks to the U. S. energy production.

Granted, there was an initial decline in the markets until the damage was assessed and experts concluded that the 5.7 million barrels per day (bpd) of crude production could be put back online within three weeks.  The short-fall represented about half of the Saudi’s daily production. Yet, the markets rebounded quickly, and for the most part, it is business as usual again in the global markets. An initial $10 per barrel spike in oil subsided quickly. Oil has now given back more than half the price rise.

While Saudi production of 10 million barrels a day is, and will continue to be, an important source of energy supply, U.S. energy production has already surpassed not only Saudi output, but that also of any other energy producer worldwide. This is an enormous stabilizing factor in energy markets today and possibly into the future.

The Department of Energy indicates that U.S. oil production in 2019 will average 12.1 million barrels in 2019, and an additional 12.9 million barrels next year. The shale fields of the Permian region of Texas and New Mexico are largely responsible for that increased production. Those fracking wells should continue to goose production, breaking record after record over the next two years.

The saga of how we became the world leader in energy production is a long story, full of ups and downs, beginning way back in the time of John D. Rockefeller. He formed the Standard Oil Company and by 1879, controlled 90% of America’s refining capacity. The key drivers in the use of oil at the time were the electric light bulb and the automobile.  By the end of World War I, oil-powered ships, trucks, tanks and airplanes impressed on the world how oil had become a strategic energy source and also a critical military asset.

The developed nations of the world used any excuse to capture the global oil output, which was largely centered in the Middle East.  During my lifetime, the Organization of the Petroleum Exporting Countries (OPEC) was founded in response to the efforts of Western oil companies (and the governments that backed them) to first control, and then drive down, the price of oil. Over time, the control and ownership of production and pricing shifted from the West to Middle Eastern-producing countries and their national oil companies.

From the beginning, the U.S. has historically viewed OPEC as a threat to its supply of cheap oil. The cartel could (and did) set the world market price of oil wherever and whenever it wanted. This impacted the economies of developed countries causing undue strain and dislocations.

As supplies of energy tightened, world demand for oil continued to grow, and energy prices for both oil and natural gas rose higher and higher. In the 1970s, oil became a political football during the first and second world oil embargos. Those events spurred a response from both the private and public sector of the U.S.

It was a combination of luck and cooperation between the Department of Energy (DOE) and Texas wildcatters that launched the United States onto its path to oil independence in the form of fracking technology. The idea dates back to 1947 (in this country) when the first commercial fracking job was accomplished. The real breakthroughs, however, happened more than thirty years later.

That’s when The Eastern Gas Shales project, a research effort supported by the DOE in the Appalachian Basin, proved shale rock was rich in natural gas. It was no accident that this was the same year (1979) that the second oil embargo took hold in this country (the first was in 1973-74, in response to U.S.  support of Israel during the Yom Kippur War).  This second time around, the price of oil doubled, and I remember standing in gas lines for hours, as did many other Americans. There was a general feeling among us of helplessness and anger that, for the first time in a long, long time, we were not in control of our own destiny.

In the meantime, a Houston oilman by the name of George P. Michell was poring over those DOE Eastern Shale analysis and used the results to develop today’s fracking technology. The rest is history. The government continued to support fracking by funding research and providing subsidies to all sorts of renewable energy projects.

As a result, fracking has not only boosted productivity in our energy sector but has also reduced costs and single-handedly increased the output of U.S. oil by 84% over the last decade. It has also increased the production of natural gas by 39% since 2009. We are, by the way, the world’s top producer of natural gas as well.

All of this production means that the U.S. is less reliant than ever before on foreign oil. Net OPEC imports of oil and petroleum products fell to 1.5 million bpd so far this year, which is a 75% decline over the past decade. By next year, some energy experts believe imports could total just 100,000 bpd and in the final three months, we could become a next exporter at long last.

The morale of this tale is that this country can still accomplish astounding things when we put our mind to it. If only we stopped fighting and started cooperating again, think of what could be accomplished.