It has now been over three years since the CARD Act was signed into law. You remember that bit of consumer legislation that sailed through congress with nary a nay vote. How then have the Credit Card Accountability, Responsibility and Disclosure Act performed since inception? 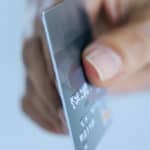 Well, it depends on who you ask. Its advocates say it has accomplished its goal, which was to stop the predatory policies against middle/lower class consumers by the nefarious money-center banks and credit card companies.

For the life of me, I really can’t see much difference between today and back in the bad old days, can you? Take interest rates, for example, here we are in the lowest interest rate environment in modern history and yet my Visa rate is 15.24% for standard purchases. And if, God forbid, I need a cash advance, well then I have the privilege of paying 25.24% for that loan plus a fee that could amount to 4-5% of the advance.

There is also a clear warning on my bill that states if I fail to pay the minimum balance within the 23 days (my monthly grace period) then my late payment interest rate charge will be 29.99% plus a $35 late fee. My second credit card company charges me even more for transgressions. It is true that the fine print on the back of the bill has gotten bigger and so have the explanations for how they calculate the interest rate they charge me. At last count it was a 19-line explanation that never once actually told me the interest rate I’m paying.

And how about those “Balance transfer” offers we find in the mail every other day or so. You know the drill:

The ad is accurate enough, but what it fails to make clear is that the offer only applies to balances you transfer.  Any new, additional purchases will be charged the 15.24% rate. And if the offer also includes the lower rate for new purchases, the time period is very short, no more than 4 or 5 months. Many times there is also a fee for the transfer itself, often amounting to 3-5 percent of the balance.

There can also be another hitch. You need to qualify for the offer. If your credit rating doesn’t pass the muster, you might simply be transferring the balances from one high charging credit card to another. Don’t even think about being late on your payments either, because even one mishap will send your rate soaring on your entire balance despite the original offer terms.

To be fair, there are fewer late fees today, especially the kind that compounded a credit card holder’s debt through ballooning charges for over-the-limit purchases and the like. There has also been some roll back in debit card fees, but in exchange consumers are losing things that until recently were free within the banking universe.

The debit card reward program is dead and there are little to no price savings anymore for restaurant or other retail purchases. Retailers are actually boosting prices on many small-ticket items as a result of the Durbin Amendment. The legislation was a last-minute addition to the Dodd-Frank Wall Street Reform and Consumer Protection Act that went into effect on October 1, 2011. The amendment capped the debit interchange or “swipe fees” that franchisees pay to accept Visa and MasterCard debit cards by about 70%.The swipe fee cap has had an unintended but disproportionate impact on transactions for small amounts.

A new study by the National Association of Convenience Stores also found that drivers are paying 6 to 10 cents a gallon in hidden bank fees every time they use a credit card to gas up. At the same time, the banks swipe fee goes up with the price of gasoline. Convenience stores paid more than $11 billion in card fees last year, a jump of almost 25%. As gas hit $4/gallon in some markets, the bank’s average cut of swipe fees alone increased to 7 cents, if you pay with a debit card and 10 cents with a credit card.

The government’s legislation still allows credit card issuers to impose plenty of obscure and hard to understand charges such as fees on purchases abroad ( usually about 3%) or for having a zero balance (punishment for paying off your debt).

Companies can close accounts and reduce or withdraw lines of credit without notice or reason although they must wait 45 days before applying over-the-limit fees or a penalty rate on a newly lowered credit limit. They can raise your interest rates as high as they want, after giving you 45 days’ notice. If you dispute it, the card company will close your account and give you five years to pay off the balance. Finally, you must go through mandatory arbitration to address grievances rather than the courts.

It should come as no surprise that banks have had to look elsewhere once the law made their former abusive and usurious practices illegal. As a result, the credit card issuers are more selective in obtaining new customers and turning down those they don’t want. In order to replace lost revenues, the banks have begun to increase charges on checking accounts and minimum balance requirements. So in today’s checking account environment, the typical customer will not only receive zero interest for the funds they deposit in a bank’s checking account but also pay increasingly higher costs for the privilege of losing money.

The bottom line: all the credit card legislation has done is switch the chairs around the same old slippery deck, in my opinion. Although credit cards are so prevalent that many of us think a credit card is a necessity (some will go as far as say it is a right), it isn’t. You can opt out of the system and pay in cash anytime you want. For some of us it has become a convenience item, which we pay for, in lieu of carrying around bundles of cash. For others it has become much much more and that is dangerous. Credit cards were never intended to become your plastic loan shark or an alternative to a payday loan or check cashing storefront, but for many that is exactly what they have become. If so, it’s time to make a change because legislation can do only so much.