This week’s on-going controversy between Mexico and our new president over trade and the construction of “the wall” has investors concerned, confused and apprehensive. And still the markets gained ground. 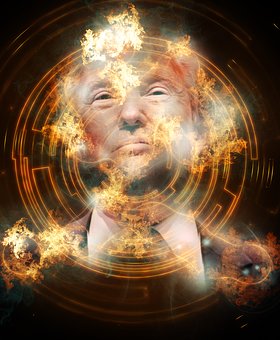 I believe we are witnessing the opening gambits of President Trump’s “Art of the Deal” as it applies to global economics and politics. It will take some getting used to on the part of investors and all Americans. So far the markets, at least, are going along with it.

We finally hit that elusive 20,000 mark on the Dow Jones Industrial Average. That’s no big deal and has little importance to technical analysts. New record highs, on the other hand, which were achieved by all three averages this week, are important.

The S&P 500 Index is inching ever closer to my short-term target of 2,330. The high this week was only 30 points from that mark. Before you ask (because I know you will); there will most likely be a pullback once we hit my target. How much, let’s say 3-5%.

If I know human nature, right now you are thinking; “if I am expecting a sell-off of that magnitude, why then don’t I liquidate my positions, step to the sidelines and get back in at the bottom?” Sounds easy enough but that’s a fool’s move for the following reasons: Number one: it might not occur. With Trump in the White House, anything can happen and probably will. We could receive some stupendous news on a new initiative that could send stocks skyrocketing.

Number two: if I sell, when do I get back in? I said a possible 3-5% decline. What if it is only 2%? Do I wait for more; do I buy back in only to see markets decline another 6%? Do you see the dilemma?

I have fielded enough calls in the past by readers who sold everything because they believed the markets would go down. They were right but then stayed in cash, expecting even further downside. Instead, markets moved higher, much higher in some cases, and then the calls and e-mails began, pleading for guidance.

Do not try to be cute. This is what you must understand as stock investors: lasting declines are brought about by large fundamental changes, for example; war, skyrocketing interest rates, huge tax increases, financial crisis, unexpected declines in GDP, global trade wars, etc. Unless one of the above is in the offing, stock market declines are simply the cost of doing business in the equity market. Readers of my column should know that by now.

On a different topic, whether you want to discuss it or not, the emotionally-charged environment around Donald Trump can and will impact your investment portfolio unless you take care.

Last week, I was visiting clients in Manhattan, which explains the absence of my column. It was an interesting few days in the Big Apple, full of protests and the largest women’s march in history. As you may imagine, inhabitants of New York City are not huge fans of our new president. In fact, many there fear the worst for the country and the economy over the next four years.

“Look what he is doing to Mexico,” was their lament, “he is threatening a trade war and not just with them. He will ruin the economy and get us in a war with China.”

As an investment advisor, I found myself in the peculiar and uncomfortable position of acting as an apologist for the new president. Donald Trump is far from perfect, but I do not believe he is the devil incarnate we all think he is, nor will his policies bring us to financial ruin. He will be a catalyst for change. Whether that change is for the good or the bad, remains to be seen. Until the facts are in, I will stay invested. In the meantime, part of my job is separating fact from fiction and emotion from investing. It is especially important when managing other people’s money.

In a world where false information is treated like facts (even among the nation’s leading media), where Twitter “tweets” seem to be the new lines of communication between nations and opposing parties paint extreme conclusions to every initiative, my clients (and you) need me more than ever. You may not always agree with me, and I receive mountains of hate mail to prove it, but I promise to do my best to tell you the truth as I see it, even if you don’t like it.