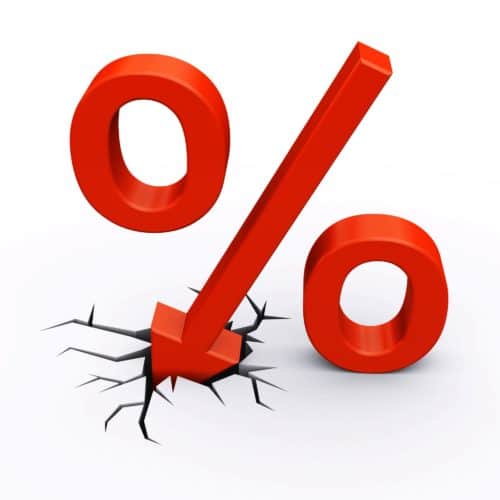 The stock market has not only erased all the gains of this year but is now working on giving back last year’s gains as well. Are we close to a bottom or is there more pain in store for investors?

Unless you are invested in gold, or U.S. Treasury bonds, there are few places that offer protection to investors right now. What may have spooked traders most this week is the free-fall of interest rates as exemplified by the benchmark U.S., Ten-year Treasury bond. It has done the unthinkable falling below one percent in yield. Some believe it is on its way to zero.

You might assume that all this selling is based on the fear that the United States will soon see thousands of new cases of the virus, while deaths skyrocket, and multiple cities become quarantined, but you would be wrong. It is not that nightmare that keeps traders trading all night, but the potential impact on the economy if even a mild outbreak occurs.

The fact that no one knows (and won’t know for weeks to come) has investors hitting the sell button. Remember how I’ve said many times in the past that investors can deal with the good or bad but just hate the unknown? We now have “unknown” in spades.

There are two sides of this concern: the demand side impact and the supply side effects of this economic virus-related blow. It started with a supply-side problem. China and other nations, such as South Korea, were hit first by COVID19 causing a dramatic decline in parts the rest of the world needed to produce goods and services.

As people sickened, stayed home from work and stopped travelling, the demand side of the equation also started to become apparent. No one was going to the movies, eating out, using transportation, etc. As a result, spending also began to drop and then snowball as the virus spread out across the globe. When you put two and two together, market participants’ major fear is that the pandemic could well usher in a global recession.

Compounding this situation was the record high levels of the world’s stock markets when the virus began. Even today, with the U.S. stock markets down 13-14%, there could be a whole lot more to go if one looks at how far the markets have gained since 2016.

Here in the U.S., aggravating the anxiety, is that it appears the country was caught totally unprepared for this event. In 2018, the administration gutted the Center for Disease Control’s ability to respond to a pandemic. The administration’s response to the decline in the financial markets was to blame the Fed and the Democrats and to shut down all communication between government health officials and the public. President Trump demanded the Fed cut interest rates again.

None of those actions inspired confidence among investors, therefore when the Fed did cut one half point in an emergency move, the markets fell further. Both Trump and his economic advisor, Larry Kudlow, continue to dismiss concerns. They argue that Americans should simply ignore the pandemic, not worry about the economy and they continue to insist that the economy is strong.

It may be worth remembering that Kudlow has always been a “perma-bull”. On the eve of the greatest recession since the Great Depression, he assured investors that there would be no recession in the U.S. and investors should not be concerned.

As for me, my prediction that we would have a rebound and then more volatility this week proved true, just far more violent that I had ever expected. I figure we continue down to 2,850 on the S&P 500 Index, which would be another 100 points or more before we attempt another rebound. IF we hold that level, I would be constructive.

The bull case is that the Fed cuts another 50 basis points (1/2%) in the next two weeks, followed by an announcement that they would begin another round of quantitative easing. At the same time, the administration finally realizes that a large fiscal response (similar to what the Chinese government has done) is needed to combat the economic impact of the virus.

My own inclination would be to buy “when the blood is running in the streets”. No one can call the bottom, but unless things really blow up, we should be getting close to one.