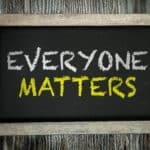 Now that the media is on to more interesting topics, the August announcement by the Business Roundtable deserves further examination. After all, it is not every day that a group of the nation’s most powerful chief executives redefines the goals of American corporations.

The maximization of shareholders’ profits, above all else, has been the motto of the Business Roundtable (BRT) since the 1980s.  Critics claim that this attitude has led to all kinds of negative consequences for society overall.  The environment, the individual worker, suppliers (think underage Bangladesh garment workers), consumers and local communities have been needlessly harmed by this myopic view of a corporation’s purpose.

It is probably no accident that the modern age of inequality coincided with the establishment of this guiding corporate principal. Boosting their return of capital and generating as much profit as possible was “good for business,” as was shipping American jobs overseas to cheaper labor markets like China.

The membership of the BRT is made up of the CEOs of America’s 192 largest companies. They are paid to be smart, to be far-ranging thinkers who can be expected to steer their companies through future challenges. As such, all of them are keenly aware that the nation is in the throes of a heated debate over exactly what are the responsibilities of corporations now that they are considered equal citizens under the law.

Should Walmart, for example, take the lead and cut back their gun sales, since no one in Washington has the courage (or ability to create a compromise) that would lead to a solution in curbing the almost-daily massacre of innocents throughout the nation? Should CEOs and other managements voluntarily cut back their compensation, which has grown by almost 1000% since 1978, versus the 12% worker compensation, during the same time period?

The rise of the millennial workforce makes taking corporate workers for granted no longer an option, nor is paying women less than men for the same job. More and more younger employees want their companies to stand for something other than profit. And in this age of historically low unemployment, it is getting harder and harder to recruit young talent (especially in the tech world) if the greenback is the only thing that  companies offer.

In national politics, both Republicans and Democrats are increasingly targeting the business community as the cause of many of society’s ills. A line of Democratic candidates is demanding that businesses start acting like good social citizens or be penalized for ignoring the needs of said society. Both parties are attacking the medical and health sector on everything from drug pricing to the escalating costs of health services and insurance.

As the incidence of data hacks intensifies and impacts millions of Americans, companies in the financial, retail, and other industries are under fire for failing to protect consumers from data theft. The rise of social media leaves every company vulnerable to damaging social campaigns on issues as diverse as chemical poisoning to greenhouse gas emissions. They can create public relations firestorms that cannot be controlled or managed.

The move by the BRT was a wise move, in my opinion. For the most part, it was an exercise in catching-up to some individual members who have already taken the initiative to make far-reaching investments in employees, communities and the broader society.

It does not mean, however, that shareholder value will now only be an equal consideration with another stakeholder’s interests. It only acknowledges that shareholder value is no longer their sole business. In a country where capitalism has morphed into a system that favors corporations over individuals, and the rich over the poor, this is simply a first tiny step in recognizing that reality.