The firearm industry has a lot going for it. It is responsible for a piece of this country’s economic recovery including job growth as well as providing a hefty contribution to the tax base. It also sold the weapons that recently cut down 26 people, including 20 children, in a Connecticut elementary school. 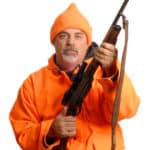 Gun manufacturers employ roughly 200,000 Americans in well-paid jobs. They contribute about $31 billion to the economy and $4.5 billion in Federal and state taxes. There were 50,812 retail gun shops in America and gun sales were at a historical record high as of last month.  Without them, this country’s 13 million hunters (present company included) would be reduced to throwing rocks at this season’s white tail deer herds.

In addition, we have the mega-trillion dollar global Aerospace and Defense industry. When we think of that sector, we usually talk about aircraft carriers, the next generation of fighter planes and things like tanks, armored personnel carriers and such. Yet, there is a thriving business in manufacturing assault rifles and military hand guns that continue to turn up in civilian society.

I live in the Berkshires. It is a rural community, similar to other areas in Maine, New Hampshire, New York, Connecticut and Vermont where most of my readers live. I am a deer hunter (although I haven’t hunted since I got Titus, my four-year-old Lab). I still own two high powered hunting rifles and a Turkey shotgun. Every weekend in Hillsdale, over the last month, I would dun my old orange hunting jacket when I walk Titus because I know hunters are in the woods. I am not afraid because hunters are a responsible, safety-conscious lot. It is a way of life and I appreciate the sport.

An acquaintance of mine, on the other hand, is a retired IT programmer, who lives in Delaware. He is not a hunter and yet he owns dozens of rifles and handguns. Most weekends you will find him on a special rifle range, along with several off-duty state troopers, pulverizing old trucks and cars for fun. They fire every type of assault rifle imaginable. It is his hobby. They are a big business for gun shops and shows but there are far fewer gun enthusiasts like this guy than there are hunters in America.

In my opinion, the guns this retired IT guy collects are quite different from those I have in my gun cases. The difference: his weapons were manufactured by some nation’s defense industry for the express purpose of killing human beings. Mine were designed and manufactured to hunt wild animals, specifically deer. I was relieved back in 1994 when the sale of the assault rifle was banned in America, but the ban expired during the Bush era. It was never reinstated and since then sales have exploded.

The political clout of the National Rifle Association (NRA) in league with the Republican Party is largely responsible for this preset state of affairs. The NRA spent $9 million trying to defeat President Obama and other Democrats during this last campaign to no avail. But after last week’s horrible tragedy in Sandy Hook, even the NRA sounds like it is willing to re-think its blanket support of all guns for anyone.

My own opinion is that the hunters of America hold the key to getting these kids- killing firearms off the streets. We hunters, of all people, know the difference between the guns that are necessary for sport and those used for some Neo-Nazi target practice in the back woods. If you are a hunter and are reading this, do yourself and your sport a big favor and let your voices be heard. Assault weapons have no business in our sport or on the streets of America.