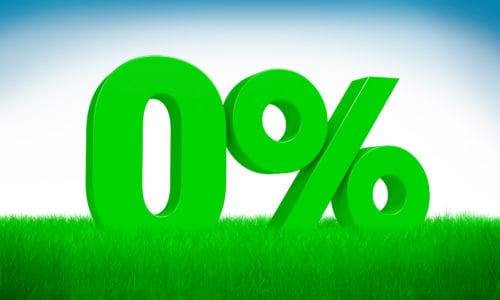 Last week, Charles Schwab, the mega-discount broker, disrupted the brokerage industry yet again by dropping its per-trade commission rates for U.S. and Canadian stocks, exchange traded funds (ETFs), and options for both mobile and internet trades. It was inevitable and simply recognizes what the future holds for that segment of the financial industry.

Since Schwab’s announcement on October 1, three additional big brokers—TD Ameritrade, E-Trade and Fidelity Investments—have thrown in the towel leaving only Vanguard (among the big houses) left out of the zero-commission trend.

The stock market reacted in shock. Traders hit the sell button on their computers sending the brokerage stocks down in double-digit losses. E-Trade, for example, fell 17% on the announcement. Many pundits predicted the end of the brokerage business, but those forecasts, in my opinion, were based on an antiquated notion of where the brokerage business is actually heading.

The internet and the introduction of smart intelligence has changed financial services forever. Personally, I cannot remember the last time I actually called a broker to place a trade. It is all done through the internet now, so why should I be paying Schwab (or anyone else) $4.95 per trade?

I’m not the only one who must have felt this way. The recent success of upstart retail brokerage businesses such as Robinhood, which promises commission-free trading, social media, cryptocurrencies, etc., was not lost on Charles Schwab. Neither were the offers by more serious competitors like Bank of America’s Merrill Lynch and JPMorgan Chase that are offering free trading on a limited basis.

So how can Schwab, or any of the other discount brokers, make money when they aren’t charging commissions? The answer is simple. Commissions mean less and less when it comes to the bottom lines of most brokers. Most of us still have an image of a three-piece business suit, tasseled loafers and cufflinks when the word “broker” is mentioned, and I am sure there may still be some of those dinosaurs left out there in some corner office or another.

However, nowadays, it is more likely than not that the markets move too fast to dilly dally on the phone with a broker, or worse still, to waiting on the phone listening to Muzak while the stock skyrockets past you (or is dropping like a rock). Since just about all trading is done electronically, (by people in hoodies and sandals) the costs of executing those trades have dropped too.

Sure, cutting most commissions will hurt the bottom line, but not nearly as much as you think. The way brokers make money today, for the most part, is using the cash in your account until you need it. They invest the money in whatever high-yielding instruments they can find for as long as they can. It is called net interest income and last year Charles Schwab, for example, made 2.6% on average from doing so. That may not sound like much, but it amounted to $5.8 billion or 57% of the company’s total revenue. Investment management and administrative fees accounted for only 32% of revenues. Commissions, trading and such accounted for the rest.

Throughout the financial services sector, commissions, fees, and other charges are shrinking as more and more retail and institutional clients demand a better deal. As electronics and automation increasingly become the lion’s share of the services provided by the financial industry in the future, investors can expect to see this trend continue.

Nurses and other healthcare professionals in the Berkshires and across the United States find themselves in a unique retirement situation: the 403(b) offered by their employer can be stewarded by the financial management firm of their choosing...
Are financial questions keeping you up at night? Financial Advisors Holly Simeone, CES™ and Lauren Russo, CEPA, FPQP™, CVB, together with Paraplanner Angela Elzner, FPQP™, invite you to invest in your financial health by joining them during Open...
Bundling up on Black Friday to shop for great deals on TVs, iPods, and holiday gifts while still full of Turkey and stuffing is a thing of the past. While our bellies have remained stuffed, our Black Fridays...