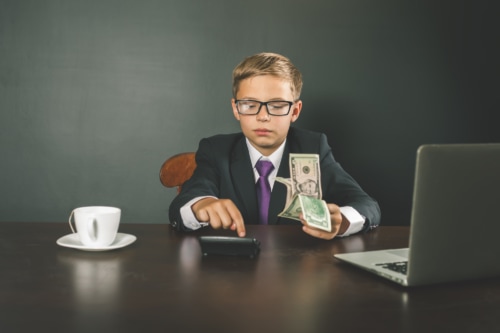 This week, the Democrats unveiled a new plan to finance President Biden’s “Build Back Better” legislation. That proposal, along with a 15% corporate minimum tax, has politicians scrambling to line up for or against the idea. Does it have a chance to pass?

Credit for the idea goes to the Senate’s top tax expert, Finance Chair Ron Wyden (D-OR).  His plan is to target only people with $1 billion in assets, or who are earning more than $100 million over three consecutive years. This group would be required to pay capital gains taxes each year on the appreciation in the value of their assets. It won’t matter whether they sell or hold those assets.

The plan would impose a one-time tax on all the gains accumulated before the tax was created. That could mean a huge tax bill for some entrepreneurs who still hold a sizable portion of their company in stocks, bonds, etc. These founders would have five years to pay off their one-time tax. Each year after that capital gains taxes would be levied on the annual appreciation of assets that are easily valued such as publicly traded assets (bonds and stocks). Ownership of private companies and real estate holdings might not be assessed until after they are sold with different tax rules, depending on the nature of the assets.

The beauty of this plan for politicians on both sides of the aisle is that, if passed, the billionaire tax would only impact around 700 people. As such, there is not a lot of voter risk involved in this idea. But the upside would be that it would generate several hundred billion dollars in revenues. Capital losses on assets would be allowed, which could also be carried forward (and in some cases backwards).

For those who might oppose this plan, the idea of defending a bunch of billionaires is dicey at best. Most voters (and most of the media) believe this wealthy handful of people are not paying their “fair share” of taxes in the first place.  And as for the corporate tax rate, most large corporations are not paying the official tax rate any way. After all the credits and other tax loopholes that have been accumulated over the decades, the effective tax rate for most corporations is well below. The tax rate for some companies is zero or below.

As with most new or proposed legislation nowadays, even if the tax is passed, it would likely be challenged in court. The American Constitution does not allow so-called direct taxes. The idea is that you can’t levy a tax on someone that can’t be imposed on others. However, thanks to the 16th Amendment, there is an exception when it comes to income taxes, which allows Congress to tax earnings. A court case would focus on whether a billionaires’ tax would count as an income tax.

The new plan is a result of the present stumbling block between Democrats of different persuasions. Senator Joe Manchin III, a Democrat from West Virginia, and Senator Kyrsten Sinema, a Democrat from Arizona, have stalled any agreements, both from the size of the spending, as well the best way to pay for it.  Will this tax, as well as the minimum corporate tax, ever see the light of day?

In the case of the corporate minimum tax there may be enough support for it within the Senate. As for a billionaire’s tax, probably not.  Aside from the question of constitutionality, the current Supreme Court would also be an obstacle to interpreting the legality of the tax. The billionaire victims of the proposal, while a small group, carry enormous political weight. They would be sure to express their opposition (privately) to those who matter.

And finally, most Americans would probably see this kind of wealth tax as an unmistakable step toward socialism, if not Marxism. I don’t think the average voter is ready to take that step.