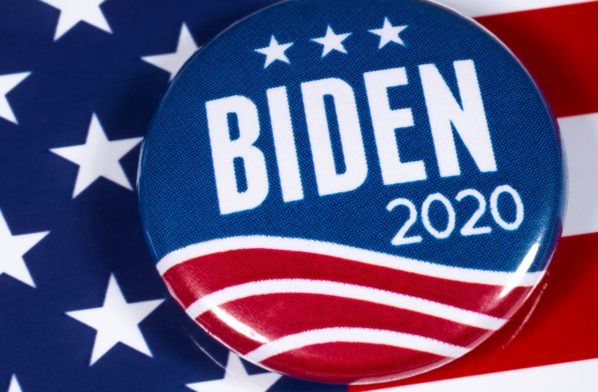 Super Tuesday surprised many investors. As the smoke cleared and the results came dribbling in, it became apparent that Joe Biden had risen from the dead. Wall Street celebrated by gaining more than four percent in one day.

The market’s performance says a lot about how investor’s view the Democratic candidates. Taken as a group, Wall Street was not happy with where the Democratic candidates were heading. Last week, for example, I discussed Bernie Sanders’s election platform. The price tag alone ($50 trillion over ten years) was enough to convince most Wall Streeters that the market and the economy would be in for some really rough sledding if Bernie were to be elected.

Elizabeth Warren’s ideas were, in some ways, even worse. Her pugilistic attitude surpassed even Sander’s stance and has sent the financial markets into a tailspin, at least mentally. Therefore, the primary election results of the 14 states held on Tuesday heartened investors. Sanders trailed Biden overall, while Warren failed to capture a single state. And then, on Thursday, Elizabeth Warren dropped out of the race, leaving the field to just Biden and Sanders.

From a Wall Street perspective “Joe” appears to be the best of a bad bunch. Now, I am speaking in general terms, because there are plenty of investors who love Sanders, Warren, and the liberal cause. That’s not to say that Biden isn’t liberal. He is, but he is also a moderate, and one who would be far more likely to compromise with his opponents across the aisle.

However, from a middle-class point of view, there is no question that Biden is seen as the “voice of the working man.” In comparison to his fellow politicians, and especially someone like Donald Trump, he is by no means considered rich.  He is also a fiscal conservative, unlike most members of Congress today, as well as the president. That appeals to many in the financial community.

Biden would prefer to work within the existing system, whether we are talking about taxes, health care, the middle-class, or childcare. Rather than jettison the entire system and embrace a new vision of economics and finance, Biden simply wants to reorder capitalism without embarking on a fundamental shift into Democratic Socialism.

He opposes universal health care but wants to see Obamacare improved and extended.  It was indicative that health care companies were one of the sectors that bounced the most in Tuesday’s market. Financials also did well since his suggested capital gains tax and other tax proposals would raise $400 billion and not the trillions of dollars suggested by his rivals. He is no friend of the uber wealthy, but his tax plan would fall far short of Senator Warren’s direct tax on the wealthy that she claims would raise $2.75 trillion.

Wall Street also likes his stance on free trade. After several years of bluster and bluff, tariffs and tantrums, Biden’s track record on trade is appealing. He is not for or against free trade, he is for renegotiating trade deals, but without the hysterics.

Most of all, Biden represents compromise, rather than confrontation, and after four years of the latter, many investors, in my opinion, would at least given Biden a pass if he won the general election. And while most investors are still convinced that a Trump presidency would be good for their pocketbooks (if not for their sanity), a Biden win would not be the disaster that many feared if the Democrats turned out on top.