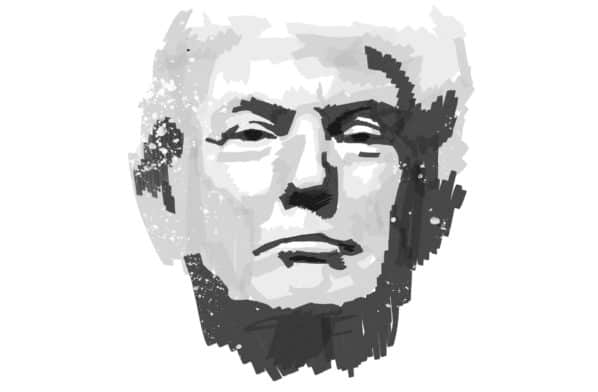 Where to begin? The China trade deal, the UK elections, the impeachment of the president? Let’s not forget the agreement on a new North American trade deal as well. It was a heck of a week and Donald Trump flawlessly controlled the news flow.

Boris Johnson, the Conservative Party leader and Prime Minister of England, won the greatest majority since Margaret Thatcher on Thursday evening. That is good news for the United Kingdom. His victory also supercharges hopes that a Brexit deal can finally be accomplished in 2020. The British pound skyrocketed over 3% on the news, and the London stock market was up 2% as well. Good news.

The replacement for NAFTA, called the United States-Mexico-Canada Agreement, or USMCA, is also moving forward after over a year of negotiations between the Democrats and the White House. Environmental issues and U.S. safeguards concerning our labor force that worried the Democrats seemed to have been ironed out. Another good news development.

The next step will be for the Trump administration to submit ratifying legislation to Congress, so the new trade deal can finally be passed into law. After all the claims that NAFTA was the worst deal of the century by the president, the new deal is substantially the same as the old one. It may mean 50,000 -75,000 additional jobs for the American auto sector over time, and some of our dairy producers will have a little more access to Canada. Overall, the deal, while positive, is simply another example of smoke and mirrors but should play well for both sides in the 2020 election campaign.

But the real news occurred simultaneously—the impeachment vote of the president and the on-again, off-again China trade deal. Announcements of both events occurred on Friday morning, almost at identical times. The Democratic-controlled House Judiciary Committee voted to proceed with the impeachment of President Donald Trump. He is only the third president in the history of our nation to be impeached.  It was no accident that the House Judiciary Panel’s vote was delayed until Friday morning when prime time television viewers were at their highest.

But the Apprentice was working behind the scenes. On Thursday afternoon, when the impeachment hearings at the House Judiciary Committee had reached a crescendo, Trump and his men met to ostensibly decide on whether to implement a new round of tariffs in the China trade war this weekend. Shortly thereafter, Trump once again announced (he did the same thing nine weeks ago) that a deal had been agreed to by both China and the U.S. The stock market exploded on the news and finished the day a percent higher. The event was pure theatre.

Trump’s strategy on Thursday, in my opinion, was to preempt the Judiciary Committee’s televised vote on impeachment and switch the news focus back to him and to a trade deal, no matter how meaningless.  But the Dems outsmarted him. They postponed the vote until Friday morning.

Wall Street (and the nation) has been snookered too many times by Donald Trump and his tweets of misinformation and “fake” announcements on the trade deal to take anything at face value. At this point, Trump’s words carry no weight, other than as a reason to move stocks up or down for a few hours. On Friday, investors were going to wait and see. There is no deal, they reasoned, until the Chinese agree, and the papers are signed.

Friday morning the Chinese Ministry of Commerce in a press conference in Beijing, announced that there was a deal from their side. Donald Trump confirmed the agreement a few minutes later in a tweet. Both sides said the U.S. would be rolling back the tariffs already in place over a period of time. The tariffs scheduled for December 15th would also be canceled.

Investors were so busy following the trade news that hardly anyone noticed the House vote. Mission accomplished as far as the president was concerned. While the announcement is good news from a business sentiment point of view, the actual details will likely have little impact on the economy or earnings. The U.S. will still keep 25% tariffs on some imports and 7.5% on others. It does, however, give Trump another “victory” to run on in his 2020 campaign.

As for the markets, the final announcement proved to be less than bullish for the markets. Most investors saw right through the Phase One deal. As a result, markets reacted with a typical “sell on the news” event. By mid-day Friday, the markets were all down modestly. And so goes another day in this market. I still believe that we will continue to move higher into the New Year. Next year, however, may be another story.